AN ARTIST’S REFLECTION ON THE WORK OF DLA DESIGN 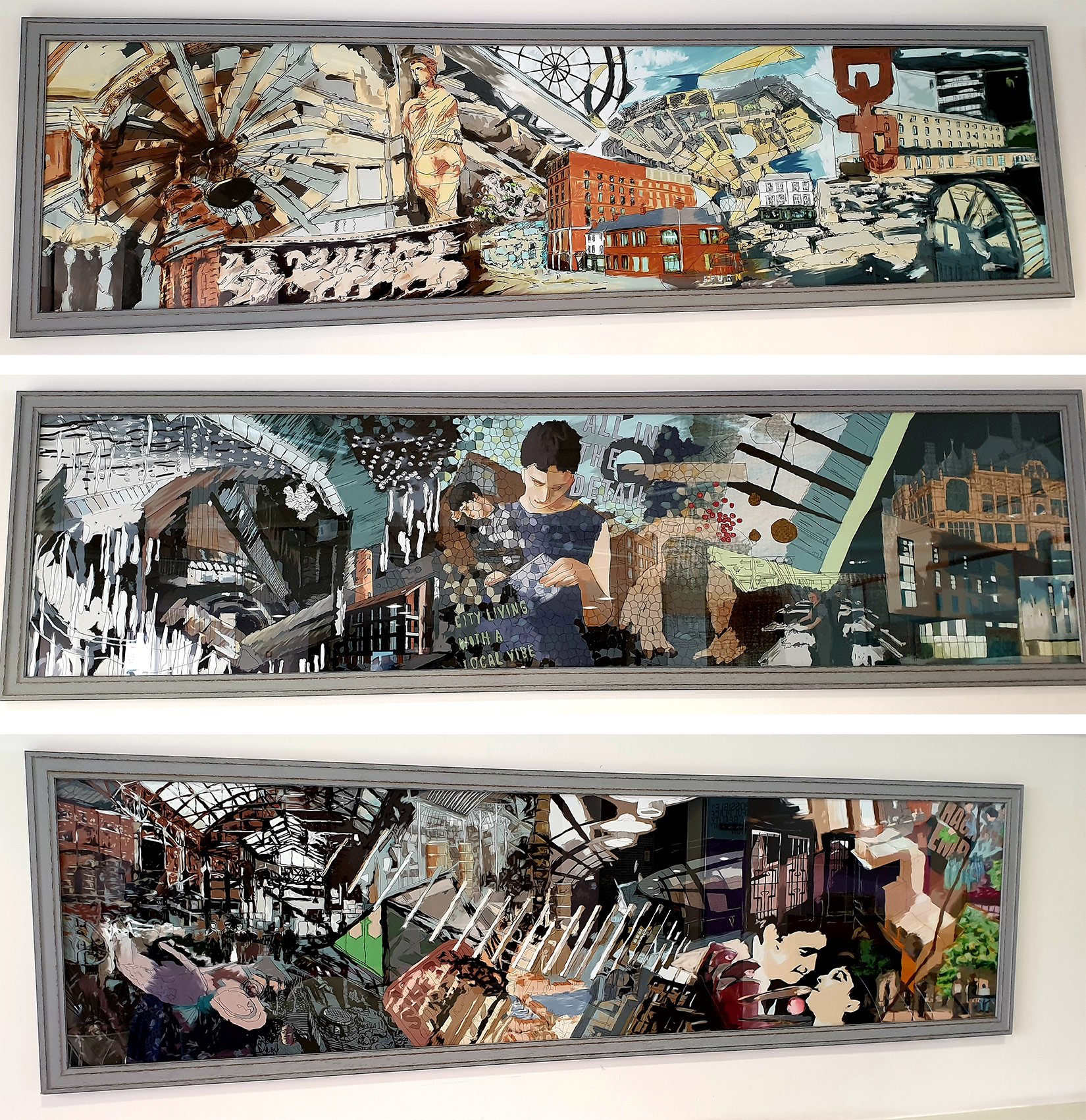 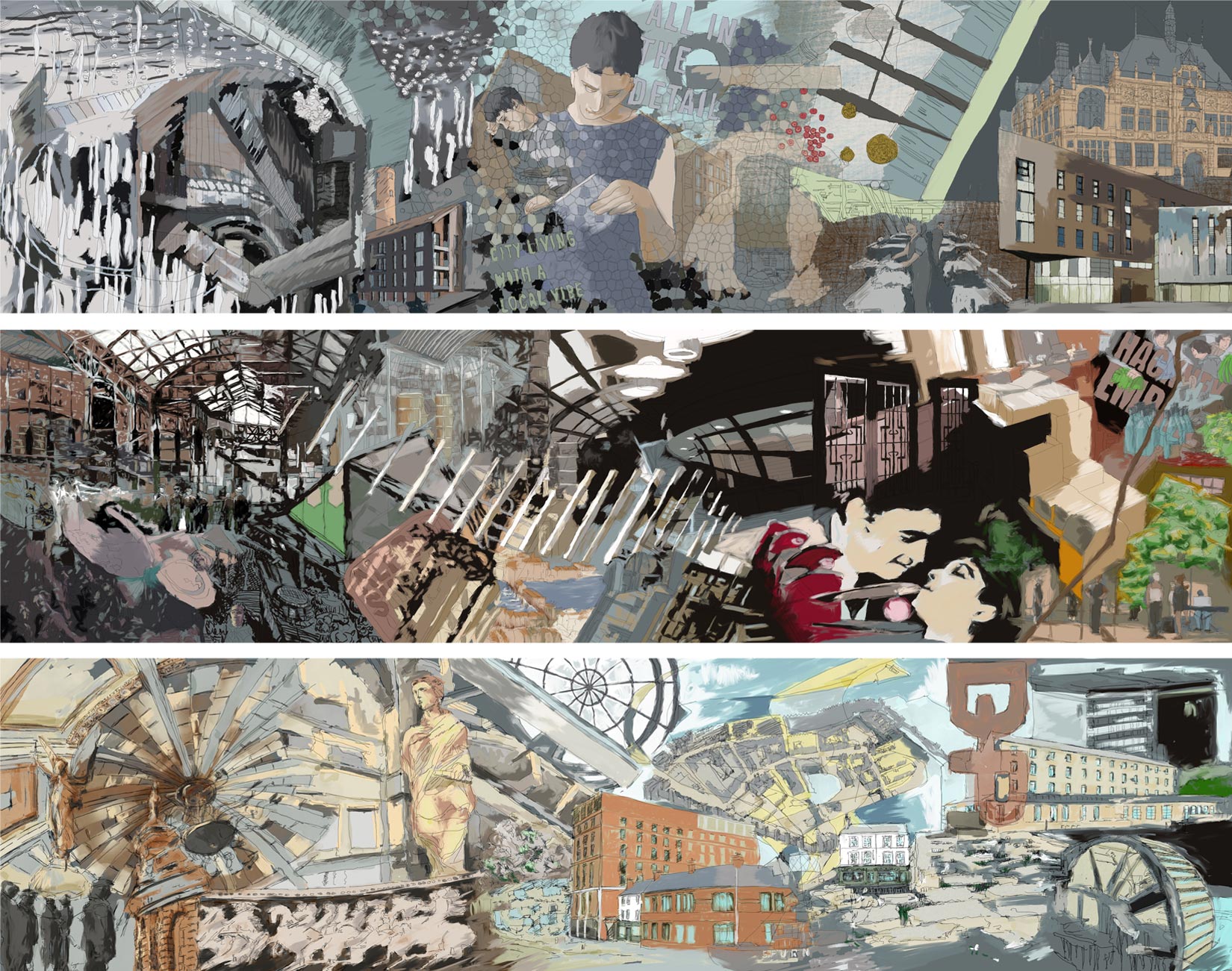 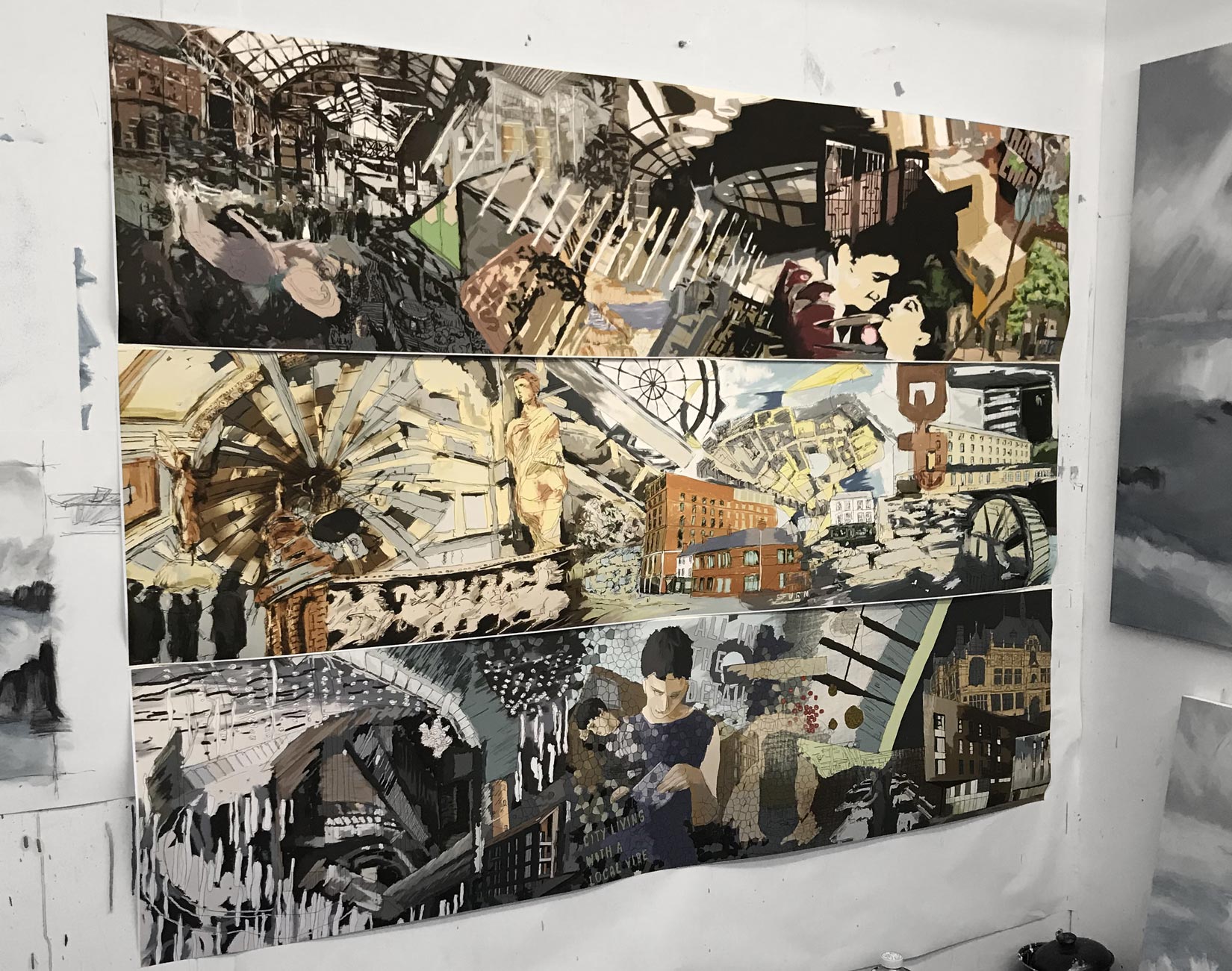 Sean Mannion, artistic consultant to DLA’s graphics team, was commissioned to create artistic responses to a range of projects from our portfolio.

The ‘3×3 Project’ was in effect a celebration of the work DLA Design does behind the scenes, before an architectural project is realised.

Sean endeavoured to show how these new buildings or interventions connect to the place, embrace the community and relate to history, together with how those influences affect design development. Sean is interested in how the completed buildings become part of the future of a place or community, or in the case of a refurbishment, both its past and future.

Sean created 3 artworks in the form of large rectangular panels exploring projects led by each of the three offices of DLA.

The Leeds Panel shows elements of The Majestic, Riverside Park in Bakewell and emerging projects in Hull.

The London panel references projects at Borough Market, the Bullion Rooms and the Coronet.

The Manchester panel refers to The Shot Tower project in Chester, the Beacon Centre in Blackburn and the Halo project in Manchester.

Sean said “I have included many social references in the work; many are historic, some from maps or old sketches that wouldn’t normally be included within the glossy marketing literature associated with a new building project. The history of a place is so relevant to the introduction of a new building, they are part of each other. I like to portray these side by side; to me they have equal merit.

Some of the imagery researched during the creation of the panels is deliberately hidden. I’ve read about local characters, drawn and painted them from written accounts and then placed them within the relevant section of the panel, within a building or an area, but hidden from view. Their story, although small, is a relevant contribution to the bigger picture.

I have deliberately merged and over-layered projects into each other. This is a reference to the working practice at DLA; it’s a continuous process, things alter, recall and are modified with many projects happening at the same time. It reminds me of my working practice when painting; it is far more enjoyable to have two or three paintings happening at once.”

Sean’s work is on display in each of the offices of DLA.