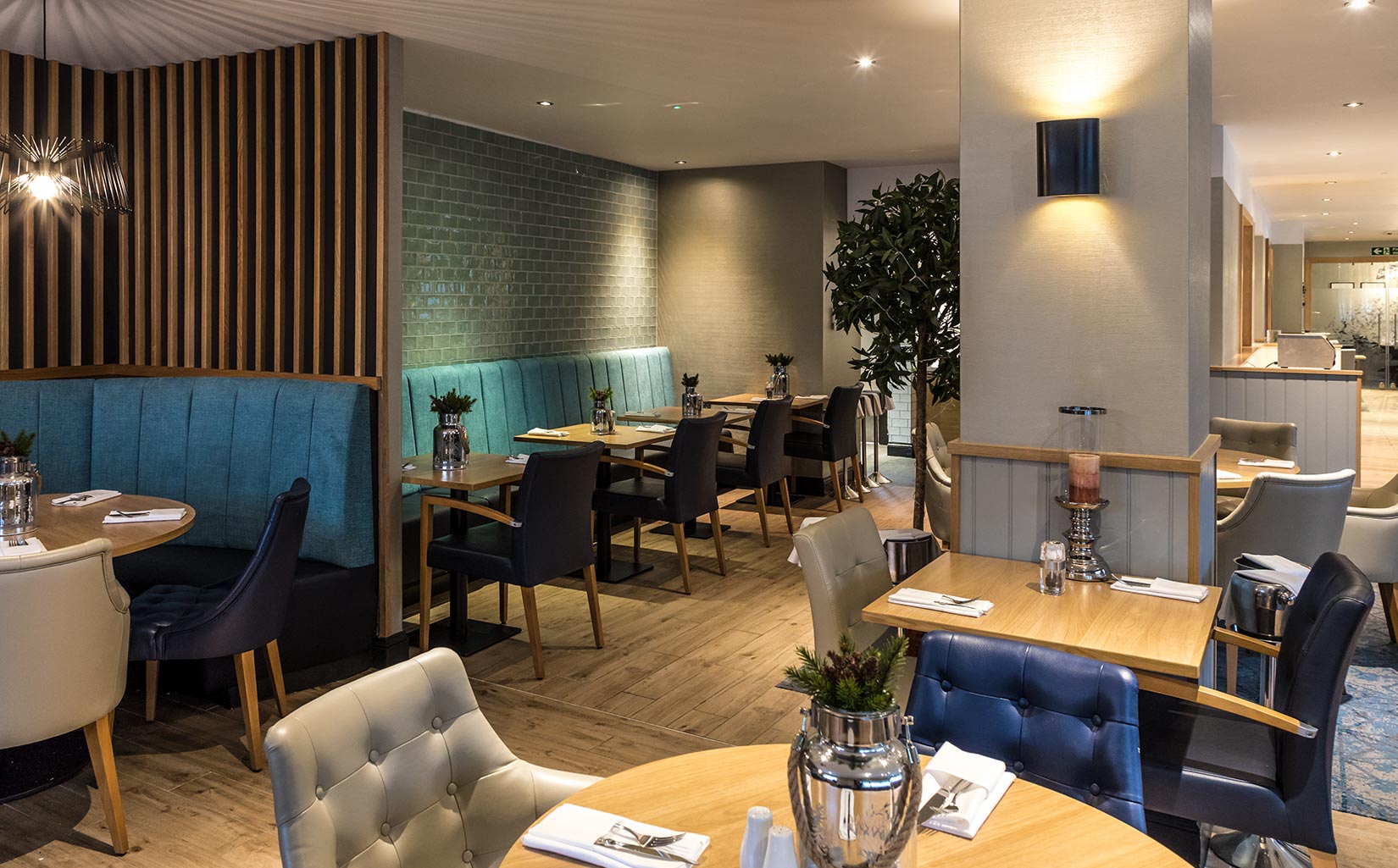 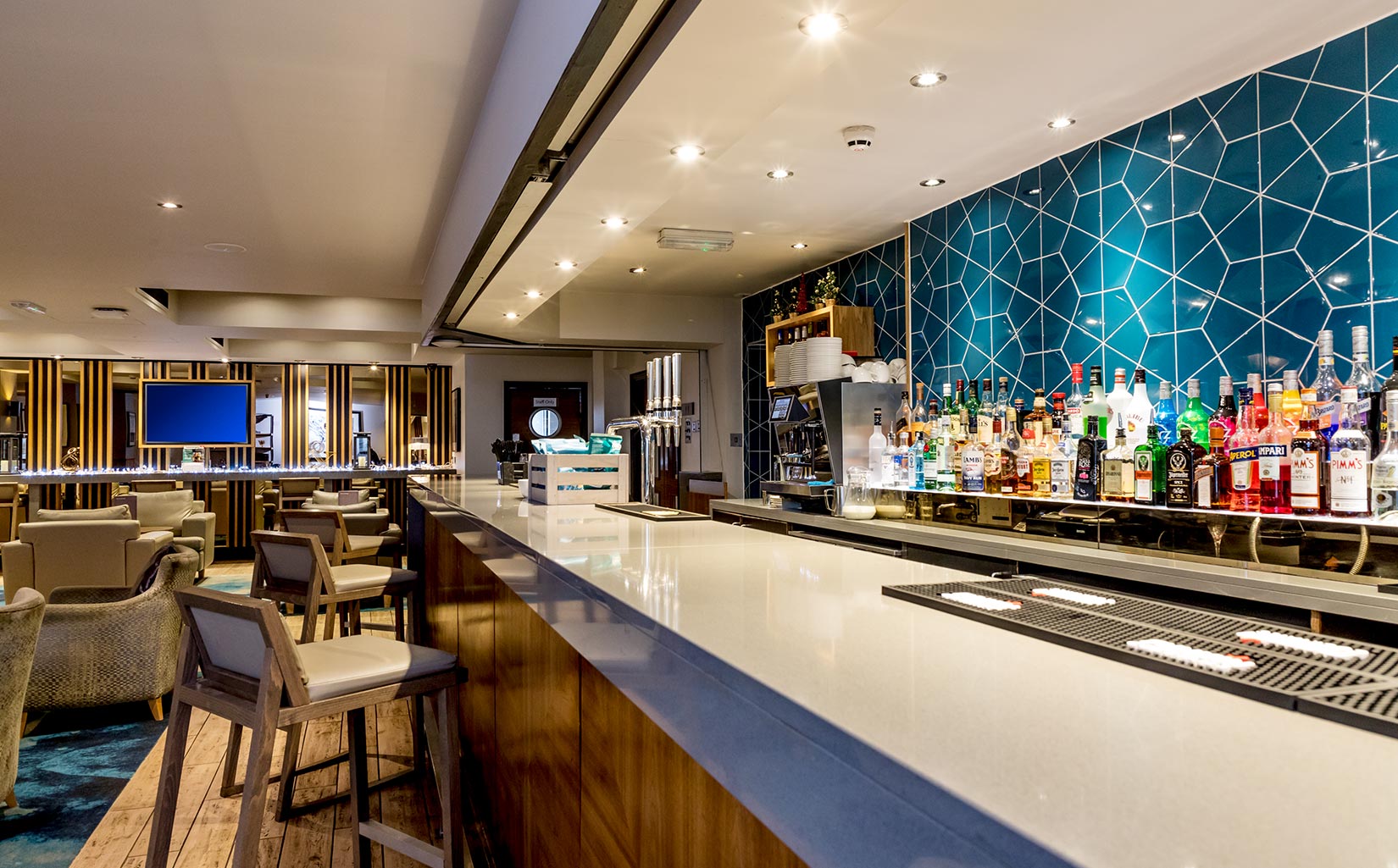 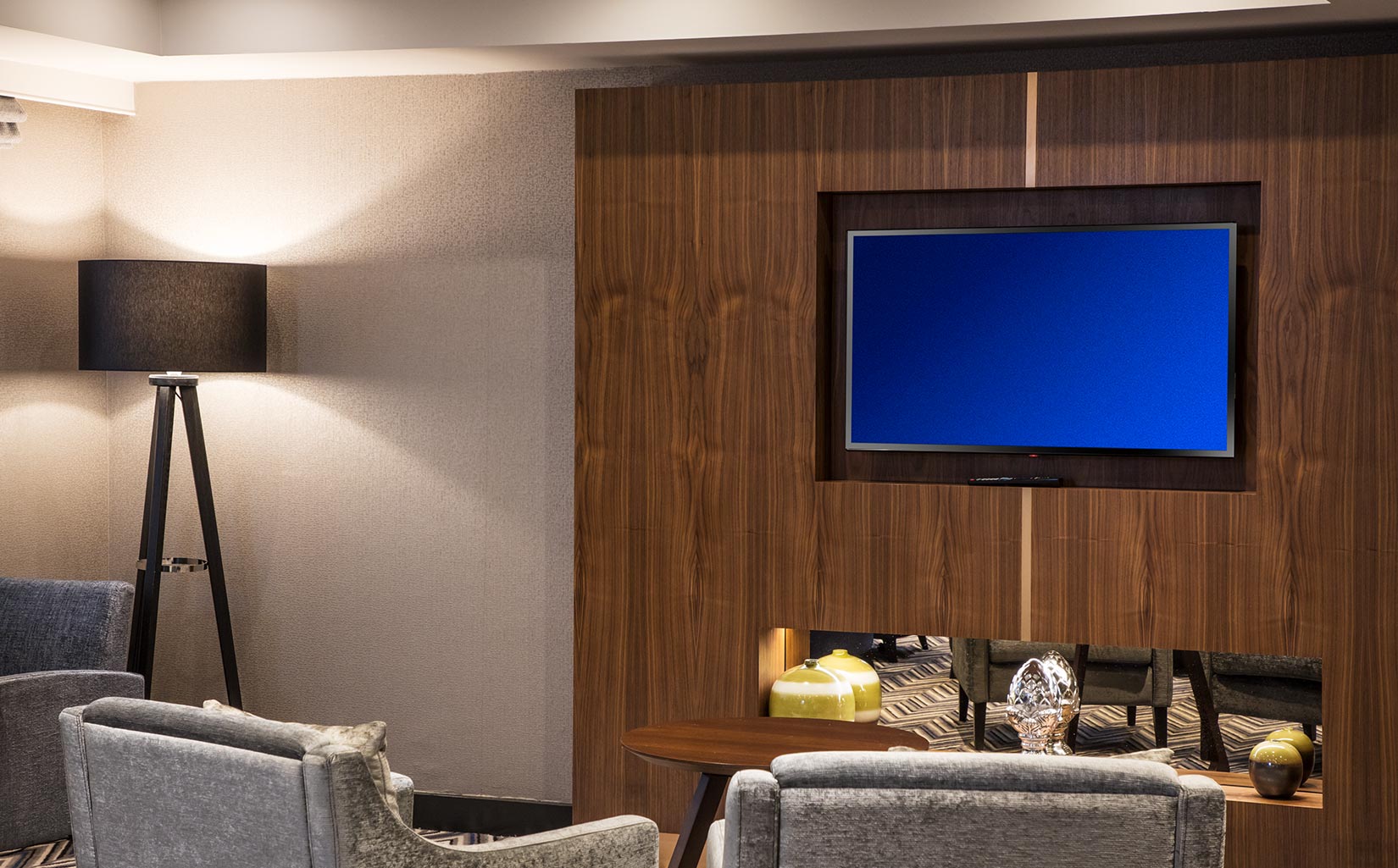 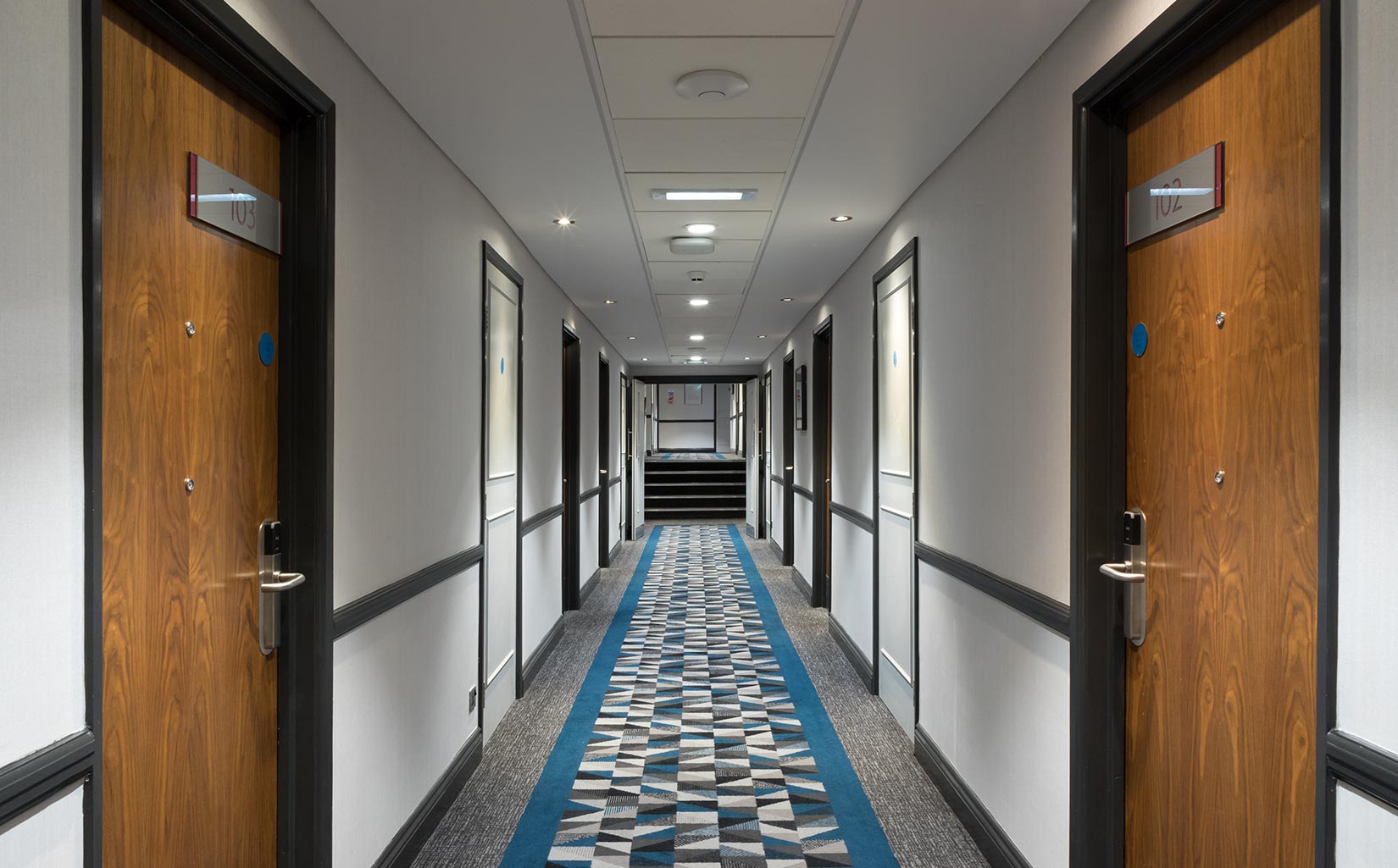 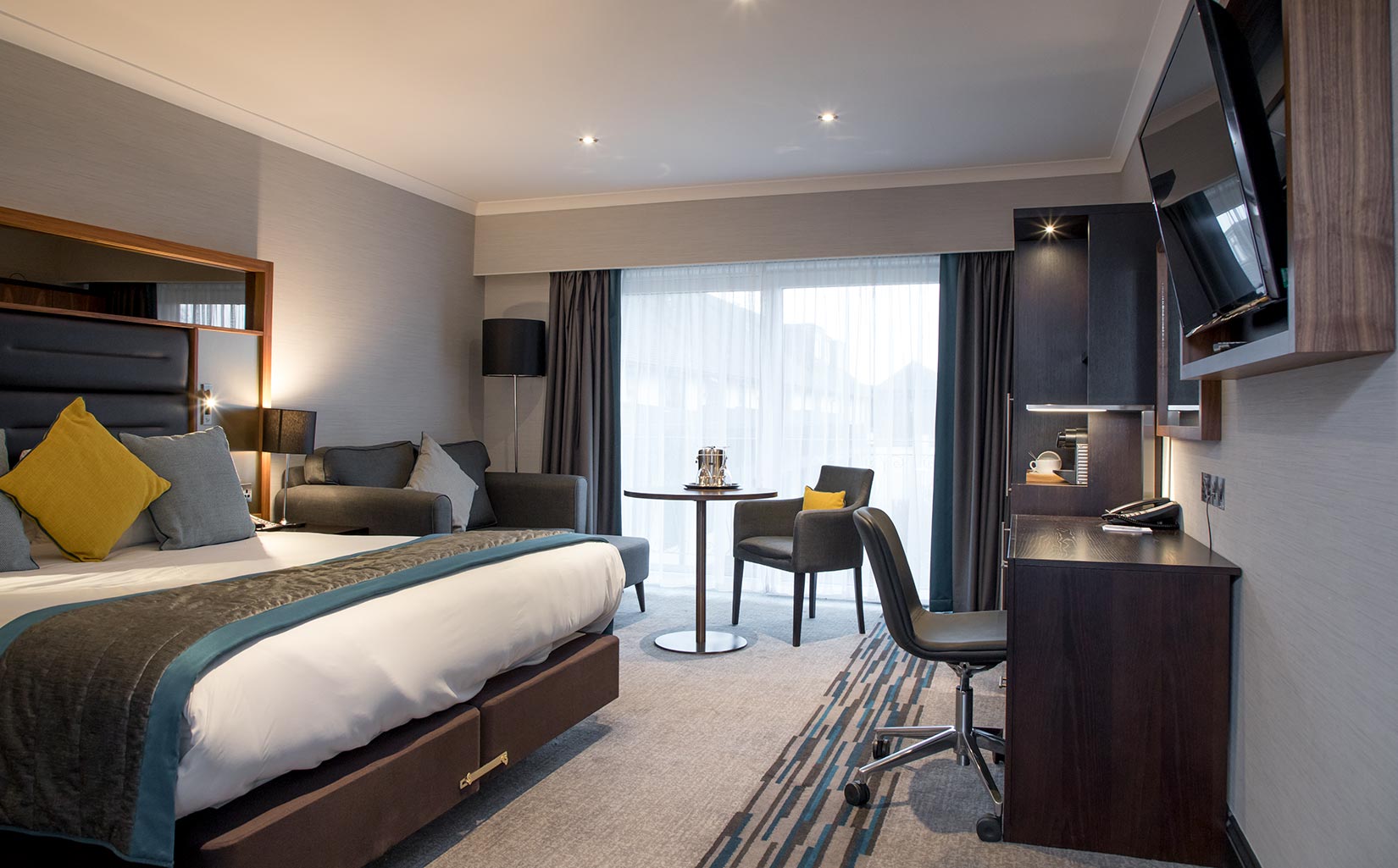 DLA’s interiors team were appointed to design and deliver a full refurbishment of The Felbridge Hotel, an existing building which has been developed and extended in stages over a period of many years.

Situated close to Gatwick Airport, the 4 star hotel was previously a privately owned hotel which has now been converted into a Crowne Plaza Hotel after achieving Intercontinental Hotel Group’s exacting brand standard requirements.

The extent of the works included extensive opening up and reconfiguration of public areas including the Entrance Lobby, Reception, Lounge & Bar areas to provide a much needed visual connection between the areas.
The Bay Tree Restaurant was also fully refurbished and now includes a private dining room, hot & ambient breakfast serveries and improved access.

Accommodation provision has been increased and now includes 116 guest bedrooms including ‘Club Standard’ rooms and an exclusive ‘Club Lounge’. The corridors, meeting rooms, function suites and ‘Grand Ballroom’ have also received a facelift aligning them with the overall concept.

The interiors were completely transformed into sophisticated, contemporary spaces in keeping with the Crowne Plaza brand aesthetic.