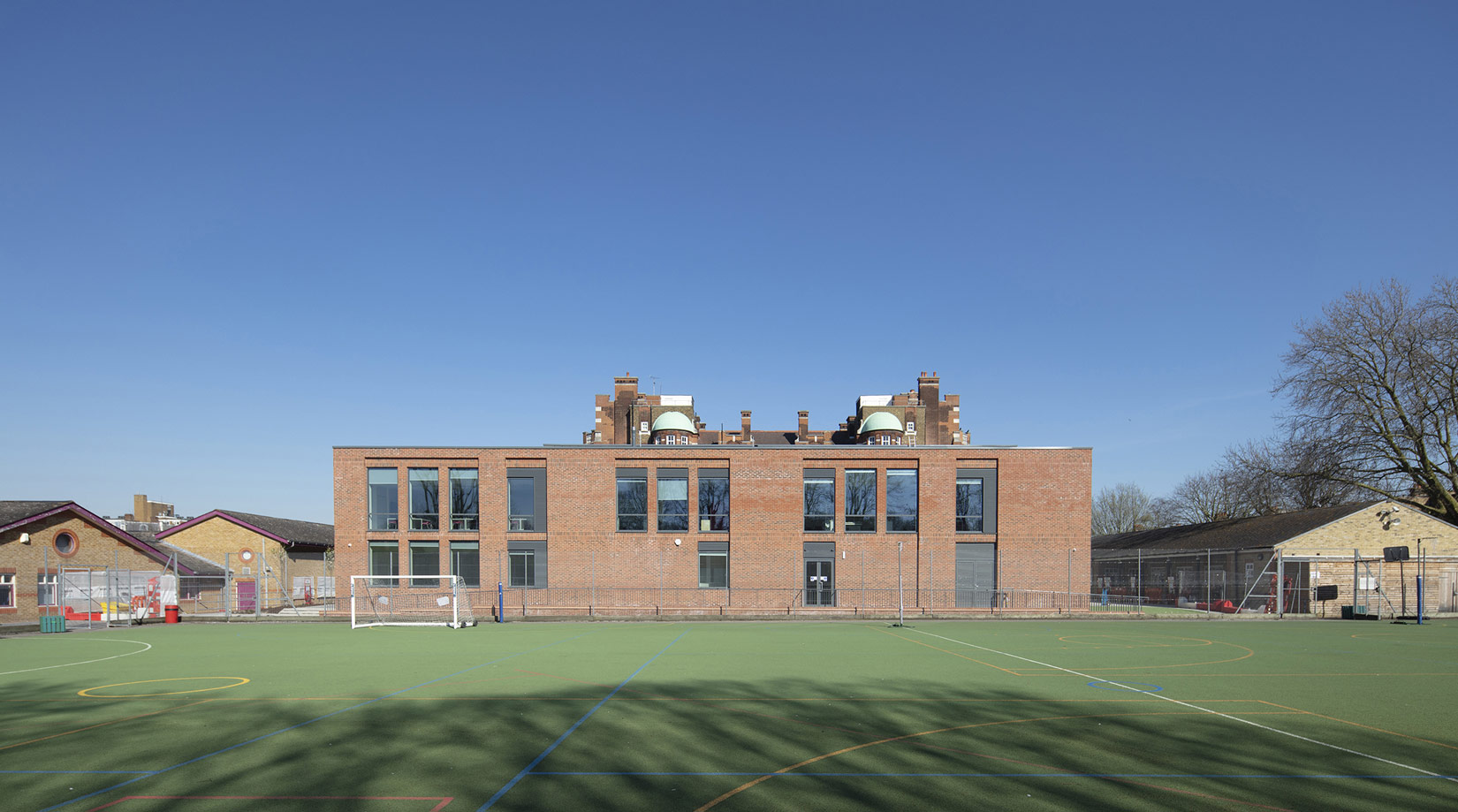 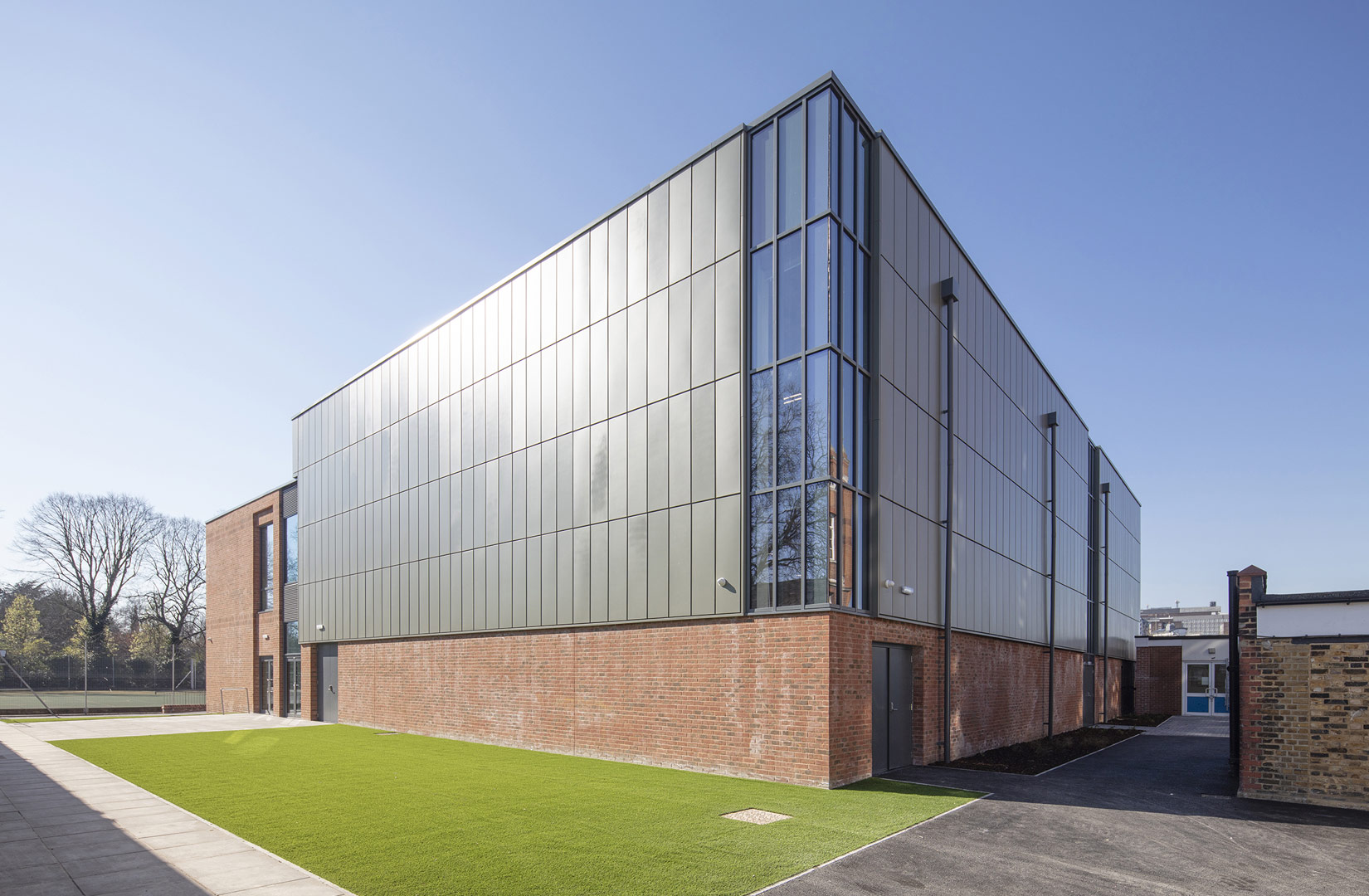 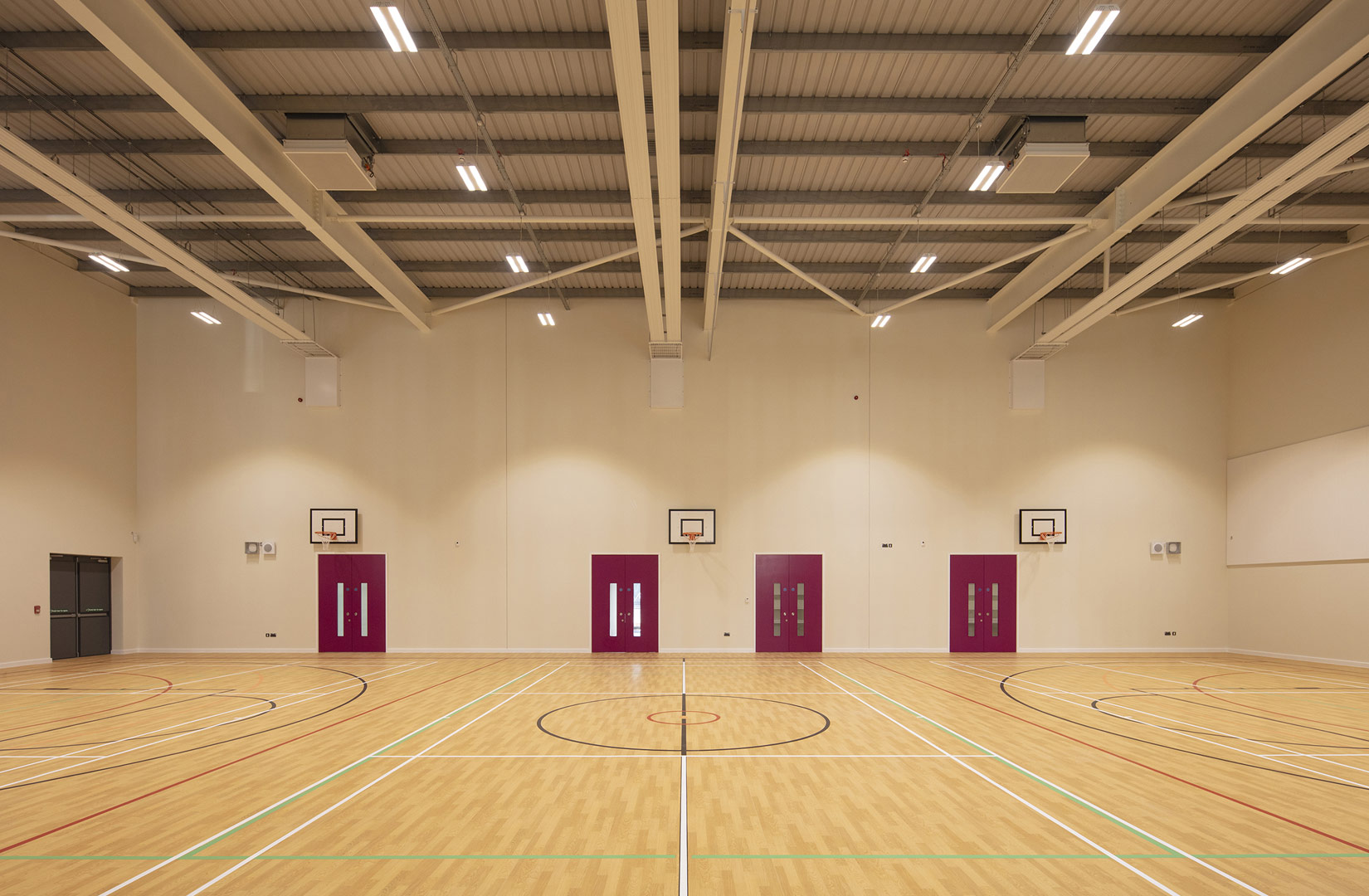 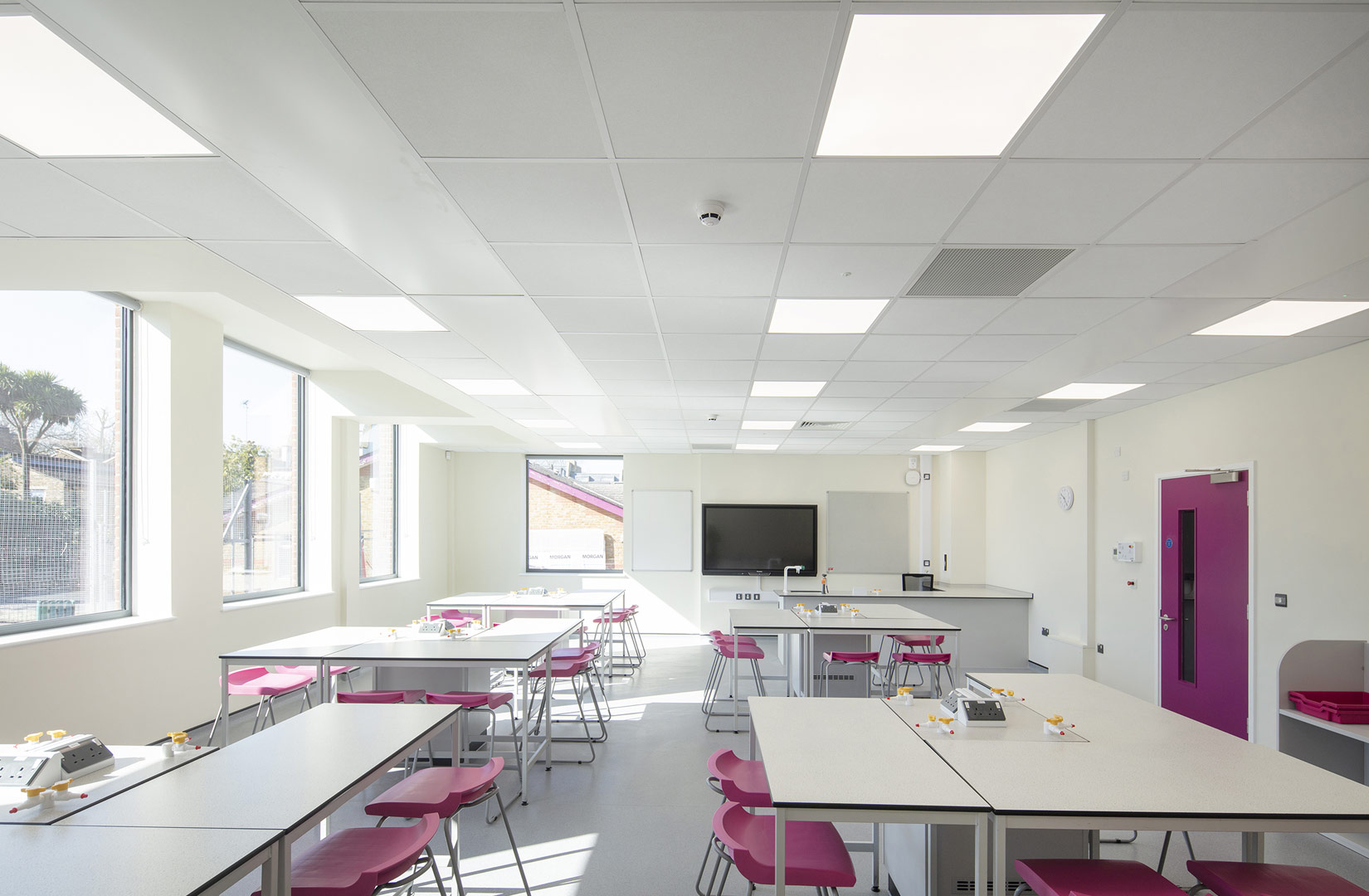 DLA were appointed to design and deliver a new science block and sports hall for the Fulham College Girls School.

The design proposals was developed in conjunction with many different stakeholders and the building was the result of many iterations and options but has ultimately influenced by its location and its proximity to the existing listed school building adjacent. The new building has been designed to be secondary in appearance and scale and complements and enhances the main school building rather than compete.

The new building is designed as compact as possible to enable breathing space to all the neighbouring school buildings. The main sports hall is placed at the rear as it is the largest mass and requires little daylight, the classrooms are then wrapped around the hall creating as much active elevation possible and also stepping down in scale.