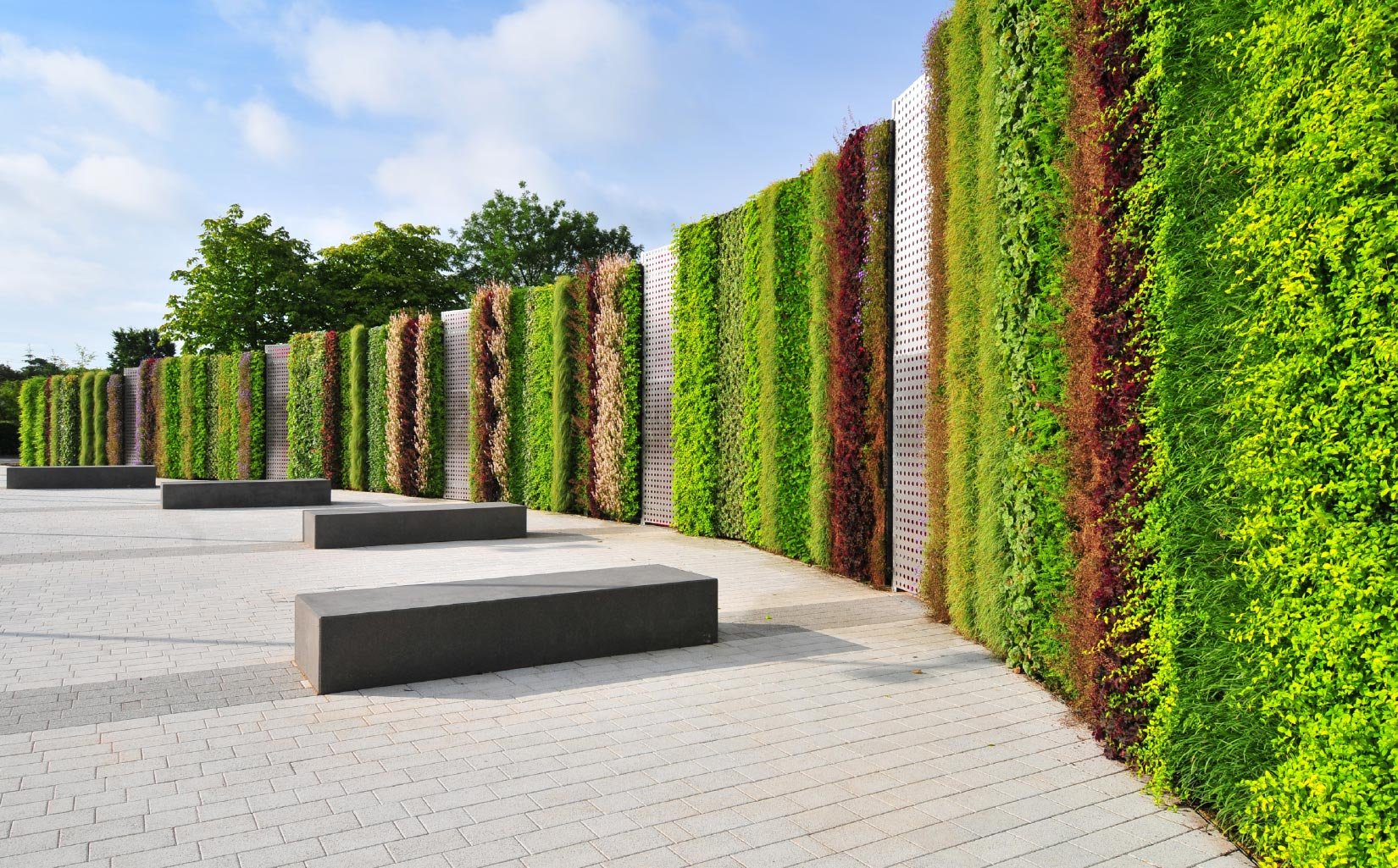 Green Wall on approach to the Arena 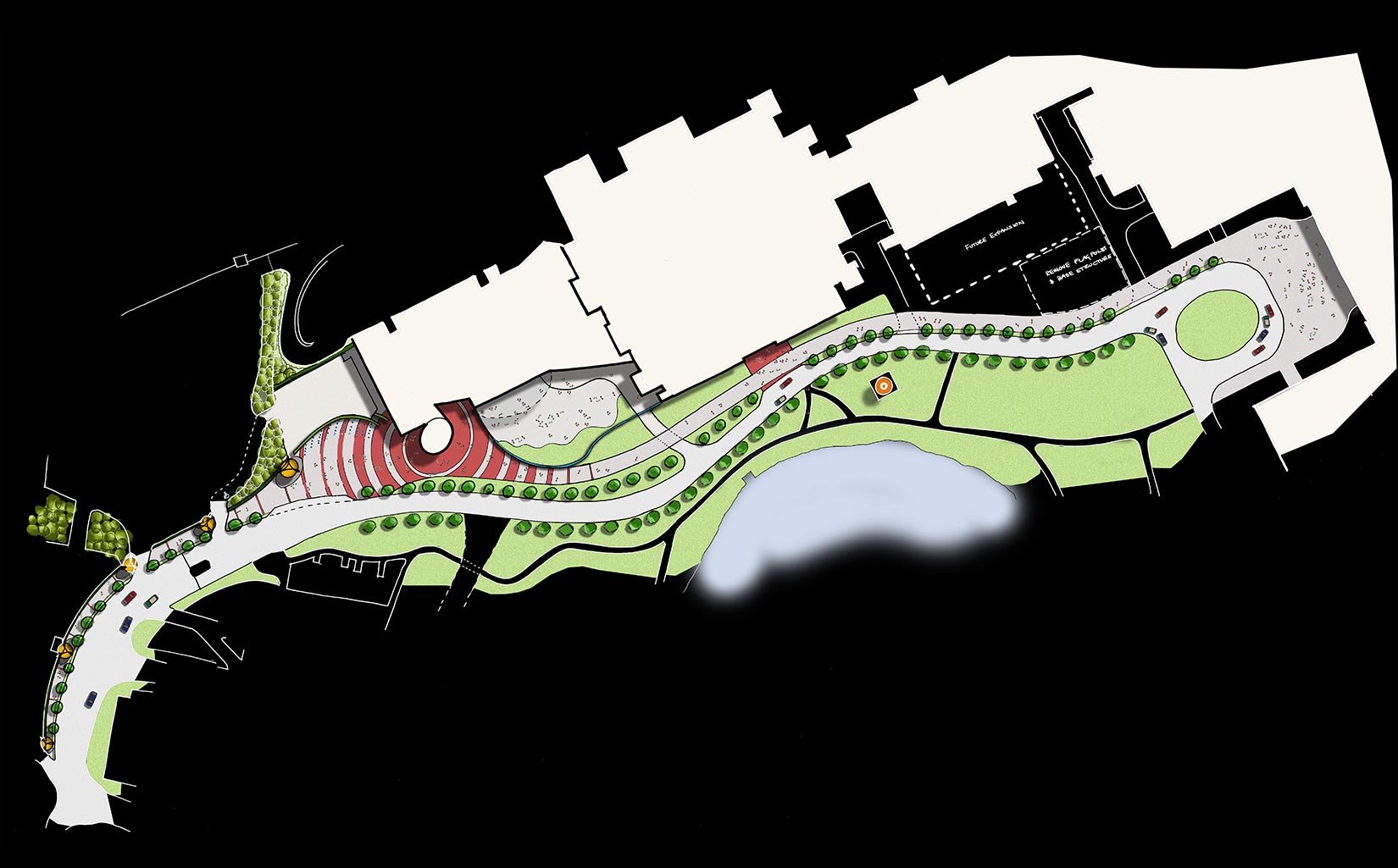 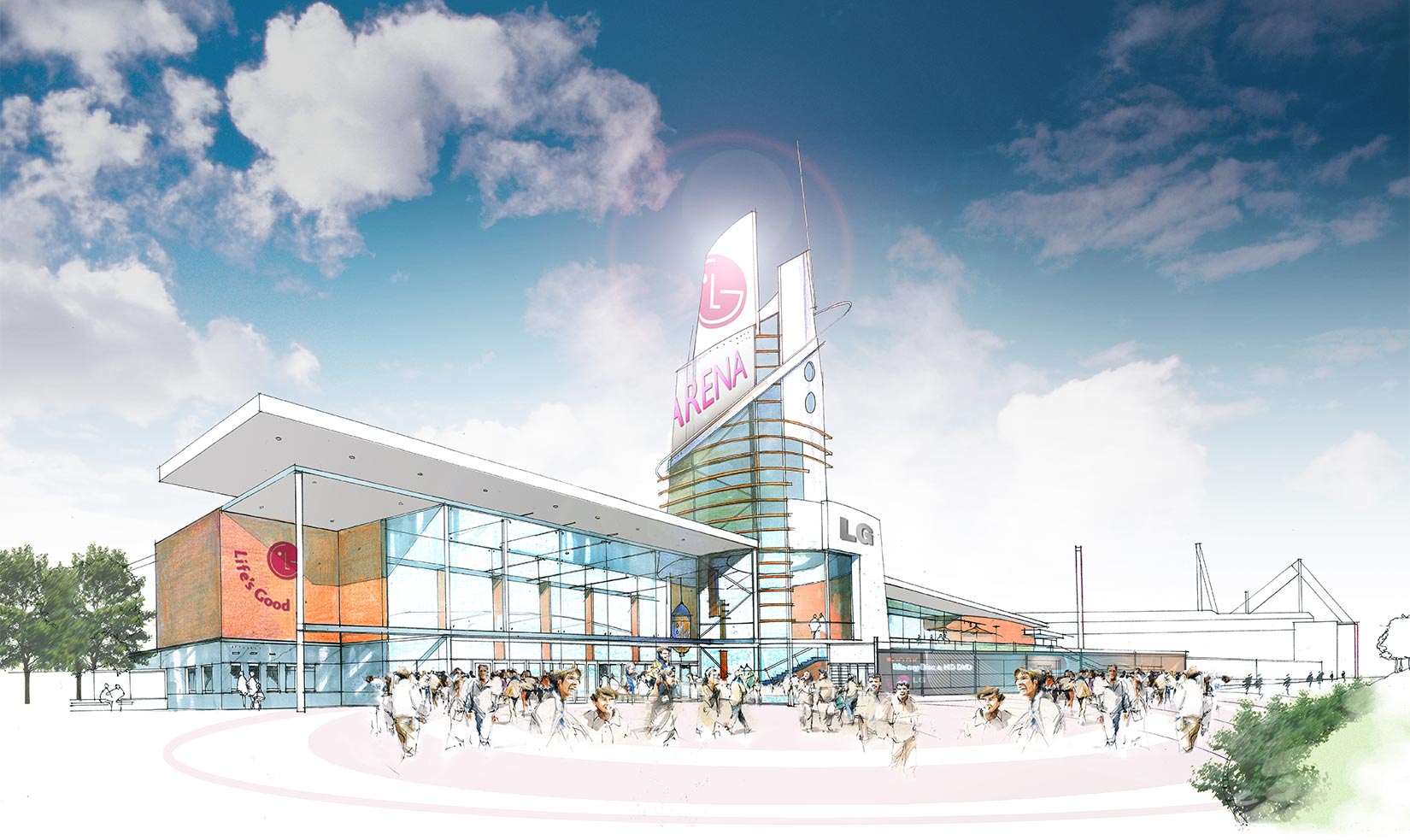 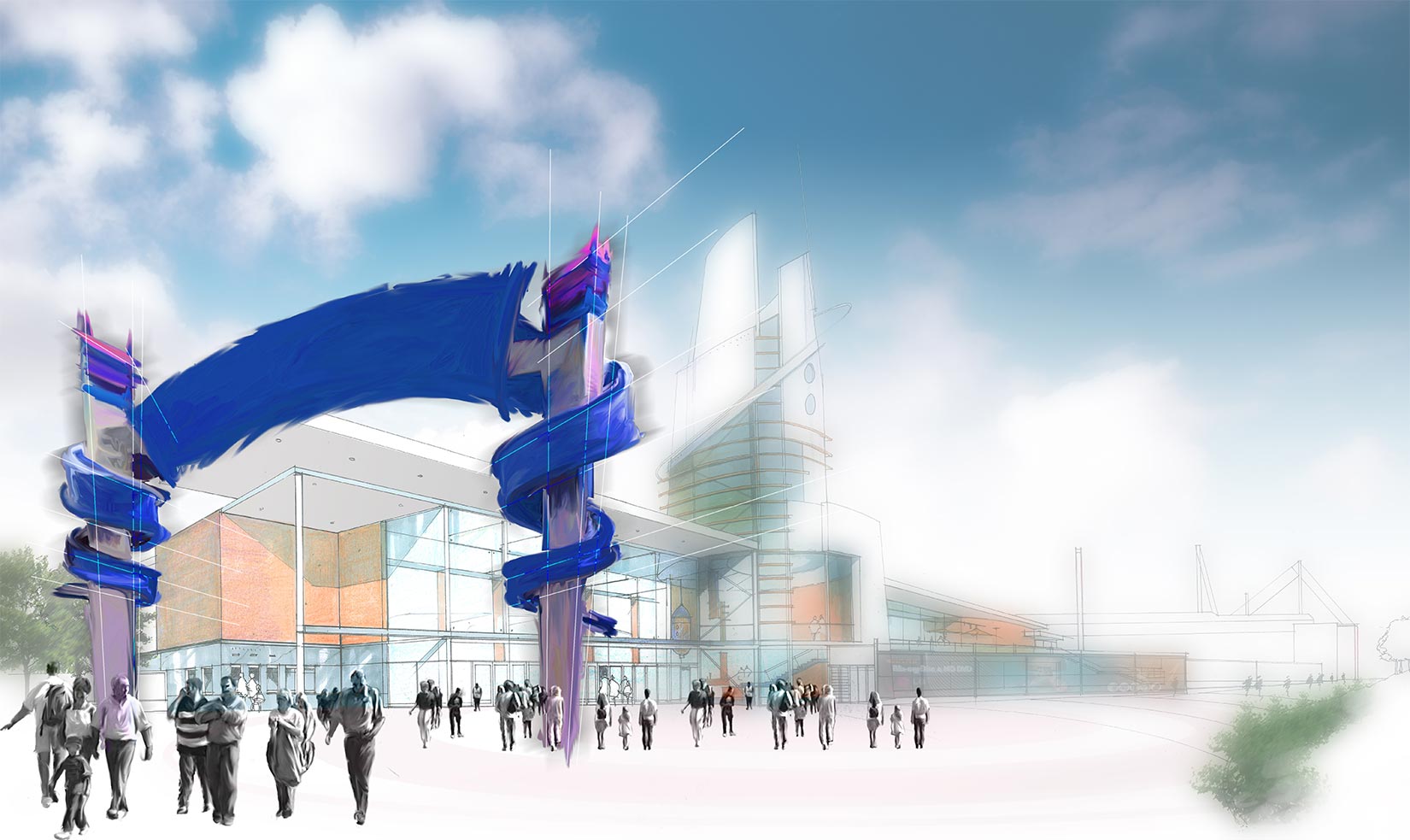 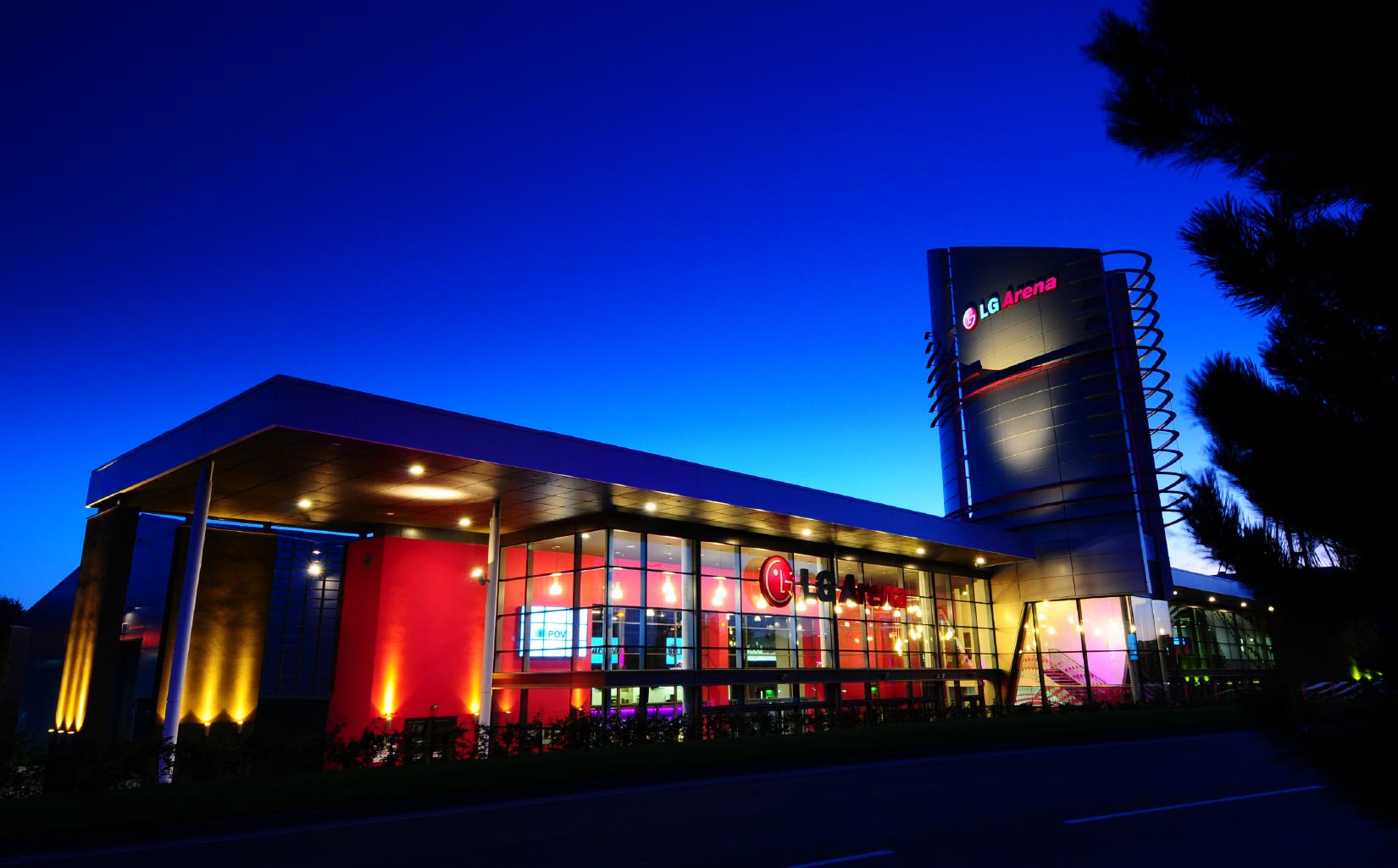 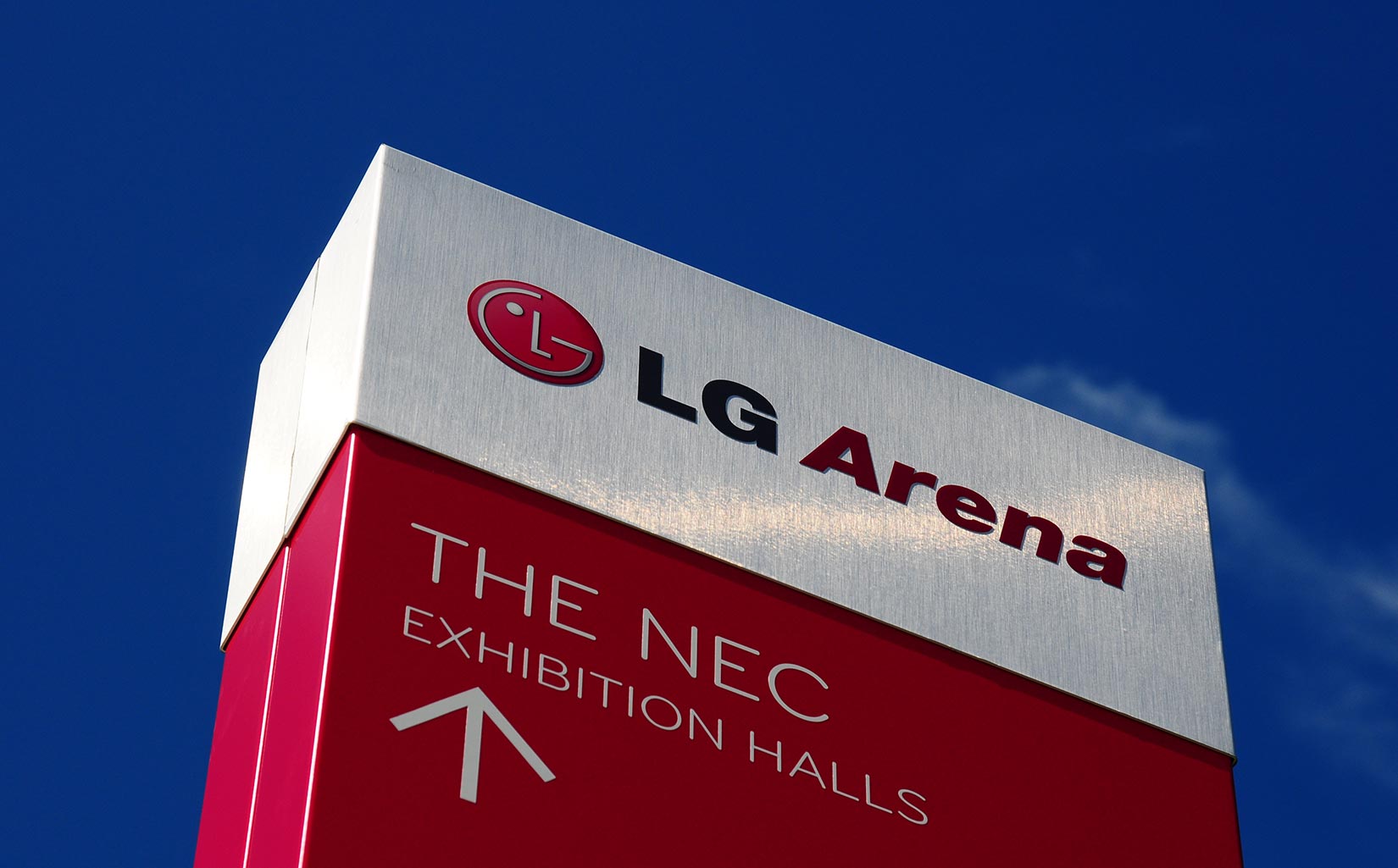 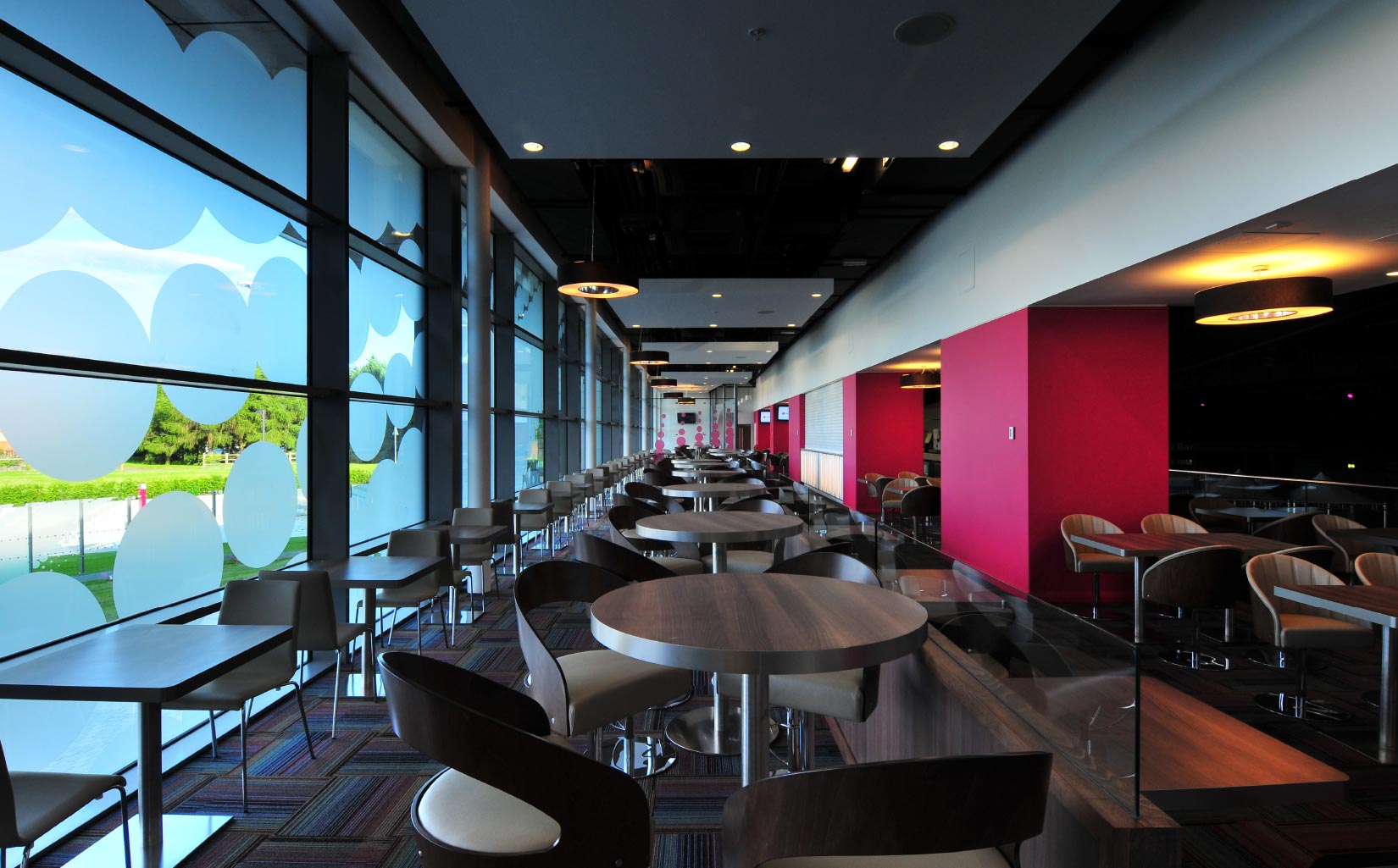 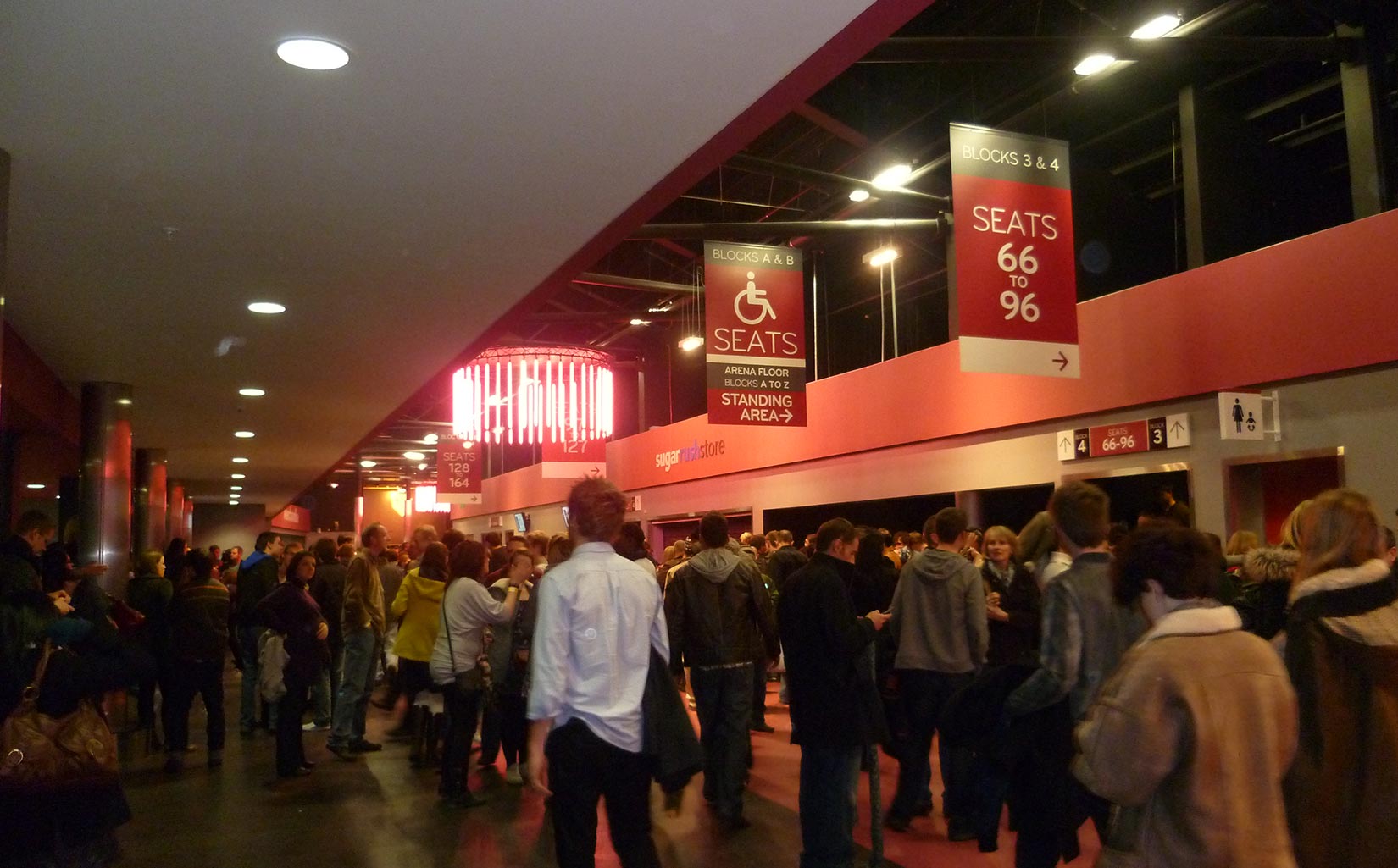 Wayfinding Signage inside the Arena 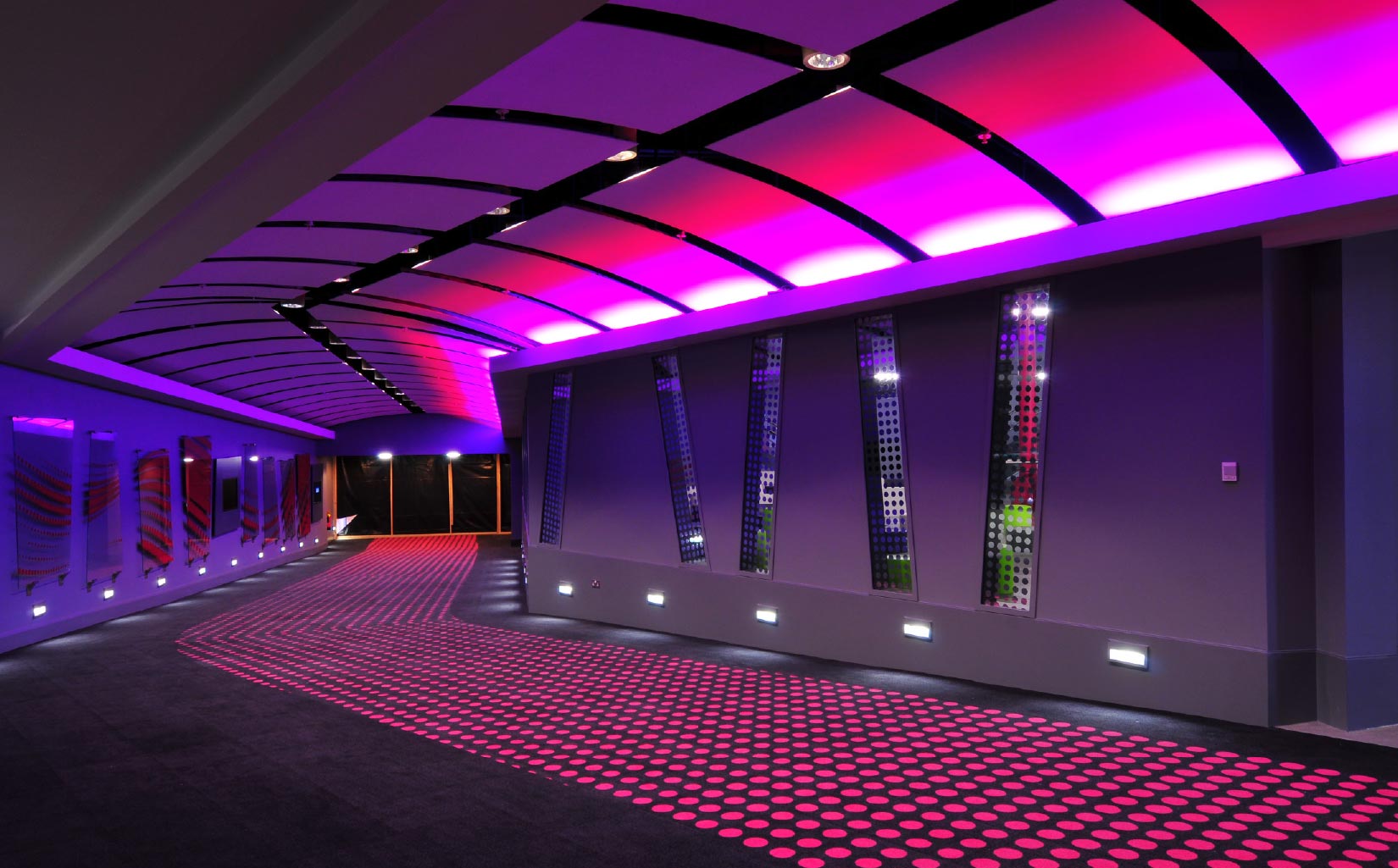 The NEC Arena was over twenty years old, when in 2007 DLA Architecture were appointed to enhance and reinvigorate the venue’s space planning to provide an unforgettable customer experience. The brief called for the integration of an adjoining hall to provide pre-concert facilities, including bars, restaurants and food concessions. A new build intervention between the principle existing buildings allowed a disparity in floor levels to be overcome through the provision of ramps. The clever use of materials, colour and ceiling heights, within these spaces, accentuated customer progression between the pre-concert hall and the Arena creating a heightened sense of arrival.

The project commenced on site in September 2008 and was undertaken in two phases so as not to disrupt pre-organised events.

The first phase entailed the refurbishment and extension of the pre-concert hall and also consisted of a single bay extension to create a new main entrance, feature stair tower, hospitality restaurant and ancillary areas. The external wall of the new extension was predominantly glazed and addressed the client’s aspiration to maximise the transparency of the venue.

The second phase of the development focussed on the Arena hall itself, and consisted of a new stadia increasing capacity by 2000 seats.

Space below the stadia was used for increased customer circulation, new food and beverage concessions, and new W.C. facilities.

Through the incorporation of retractable seating, the stadia can be configured to suit the requirements of various events such as the Horse of the Year show.

The former arena main entrance was converted to be VIP specific, and provides access to the VIP deck within the Arena.