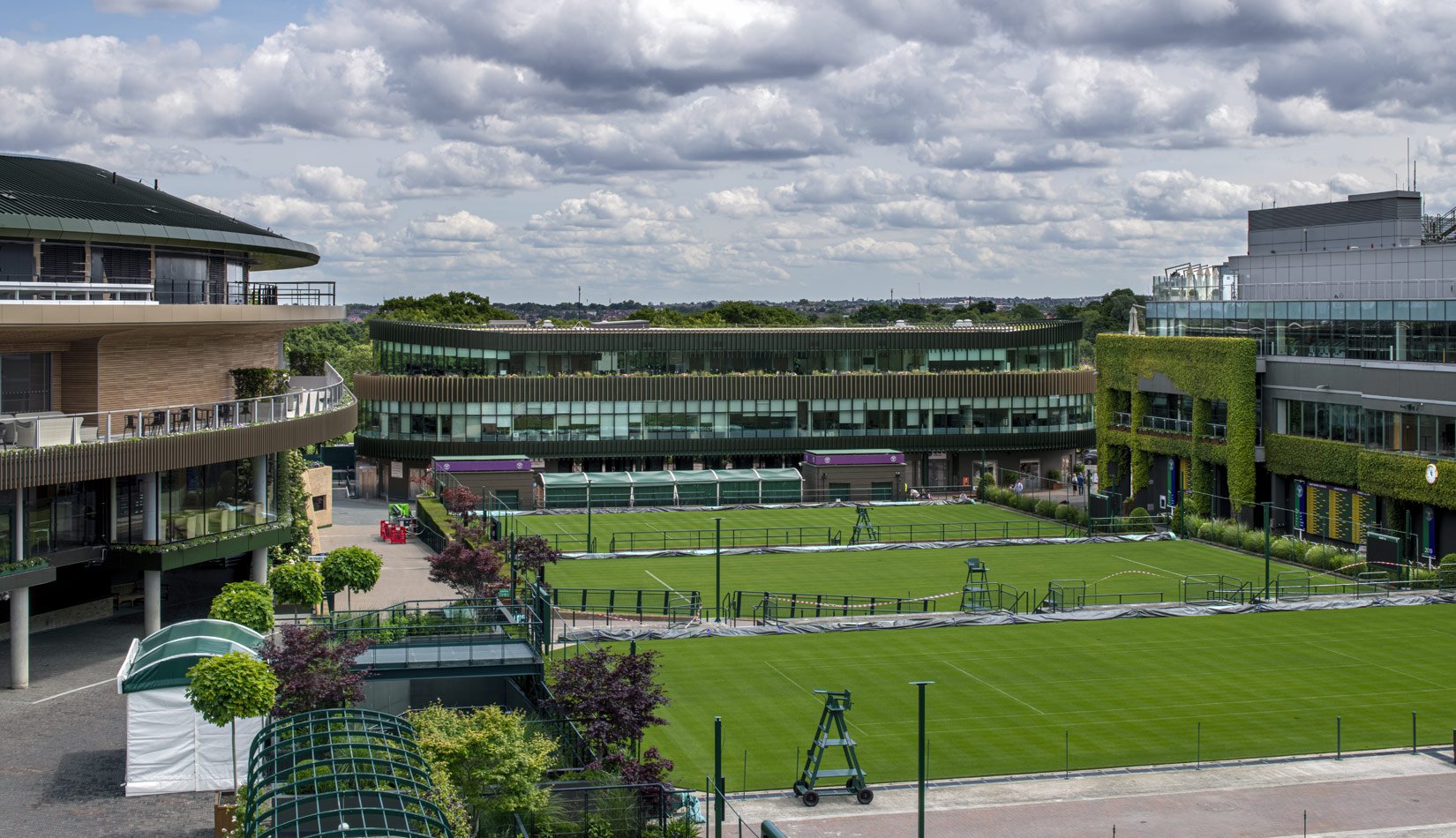 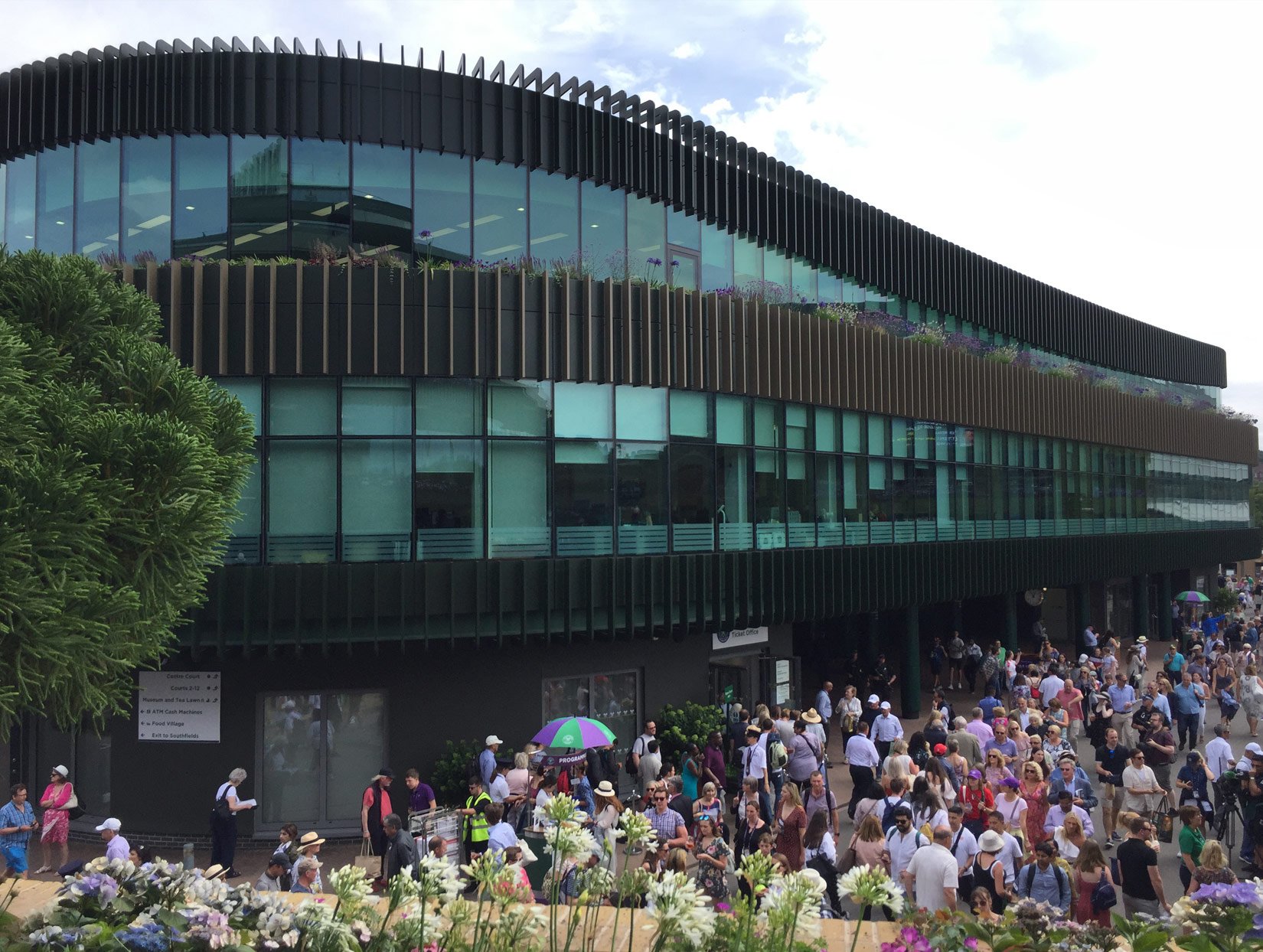 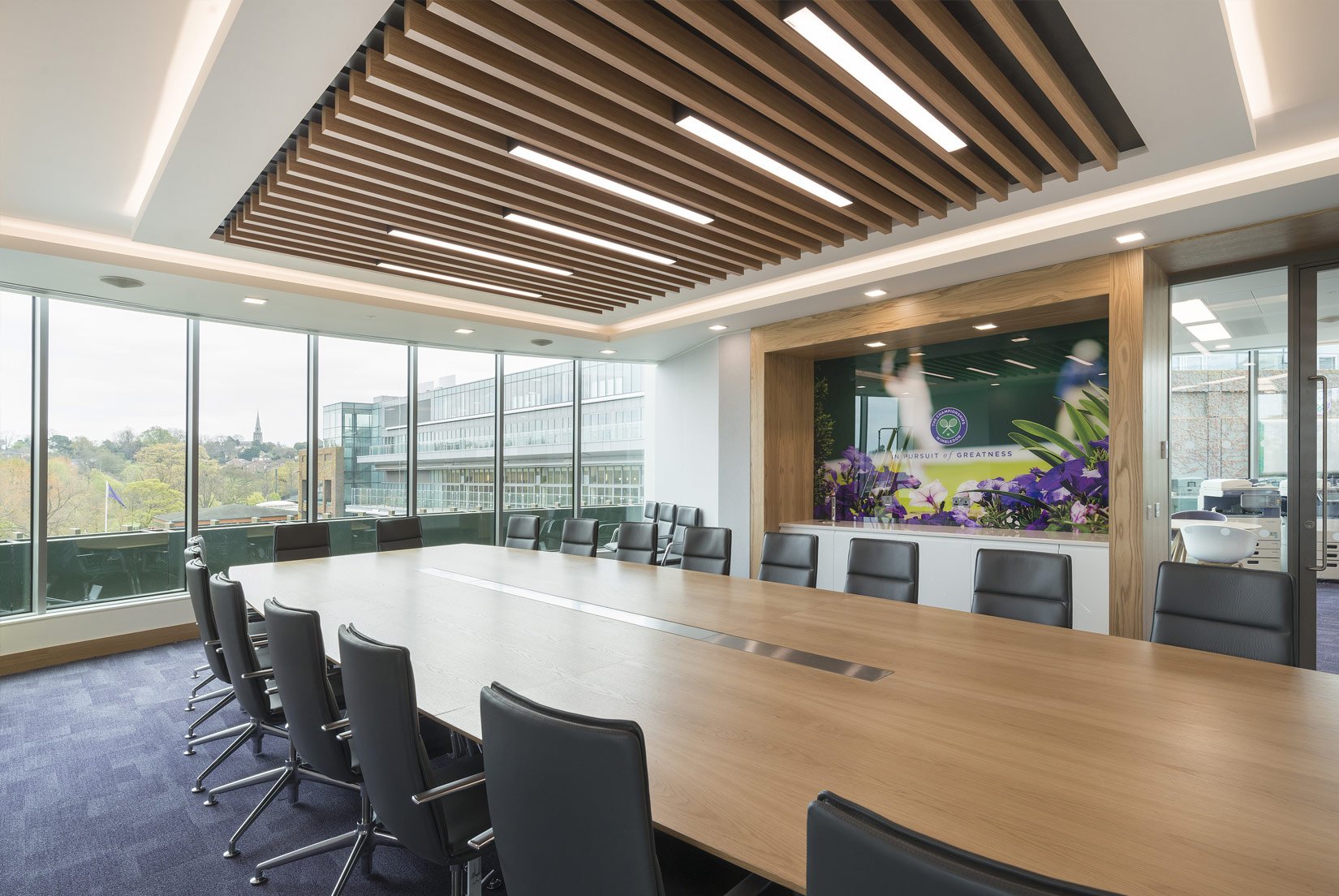 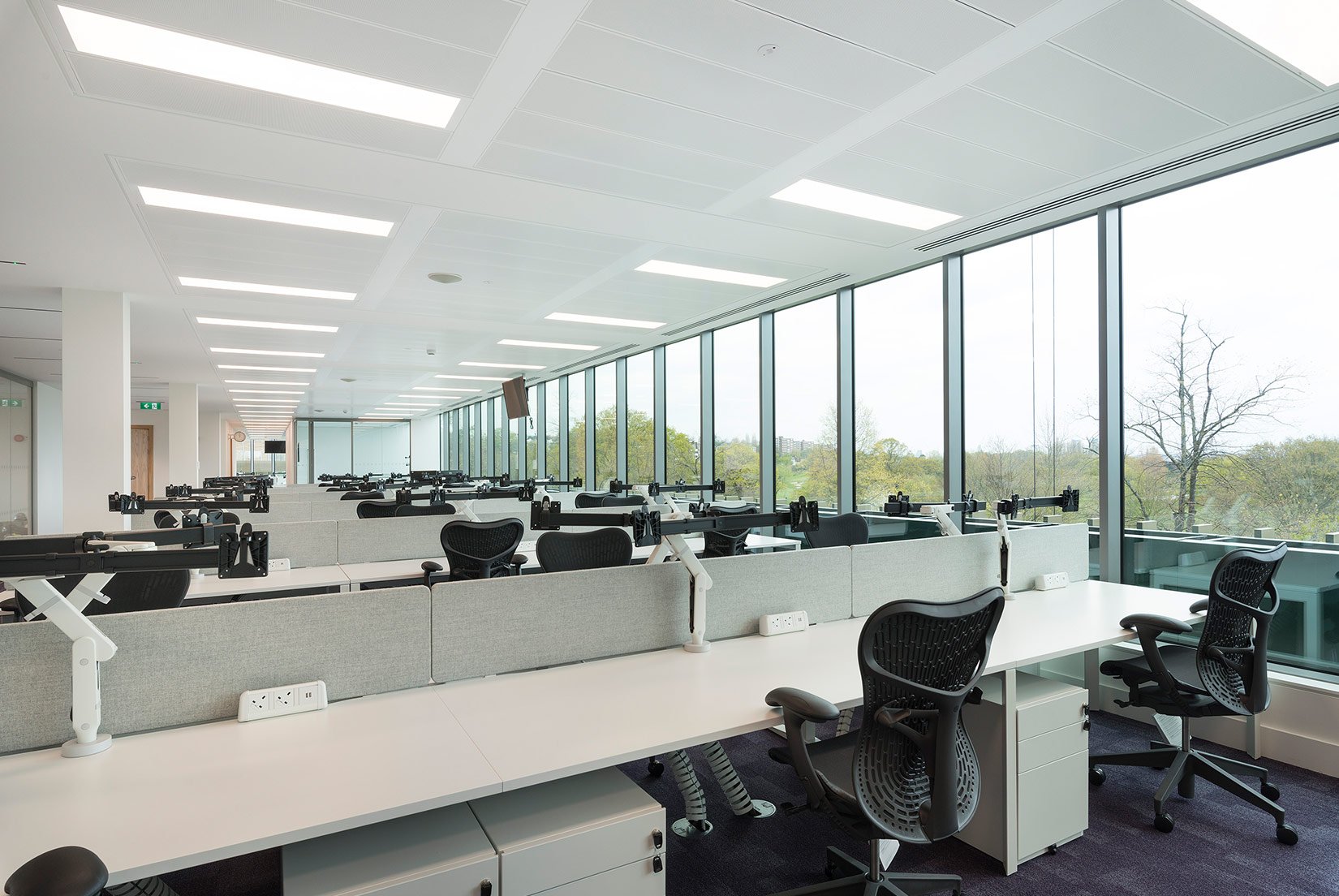 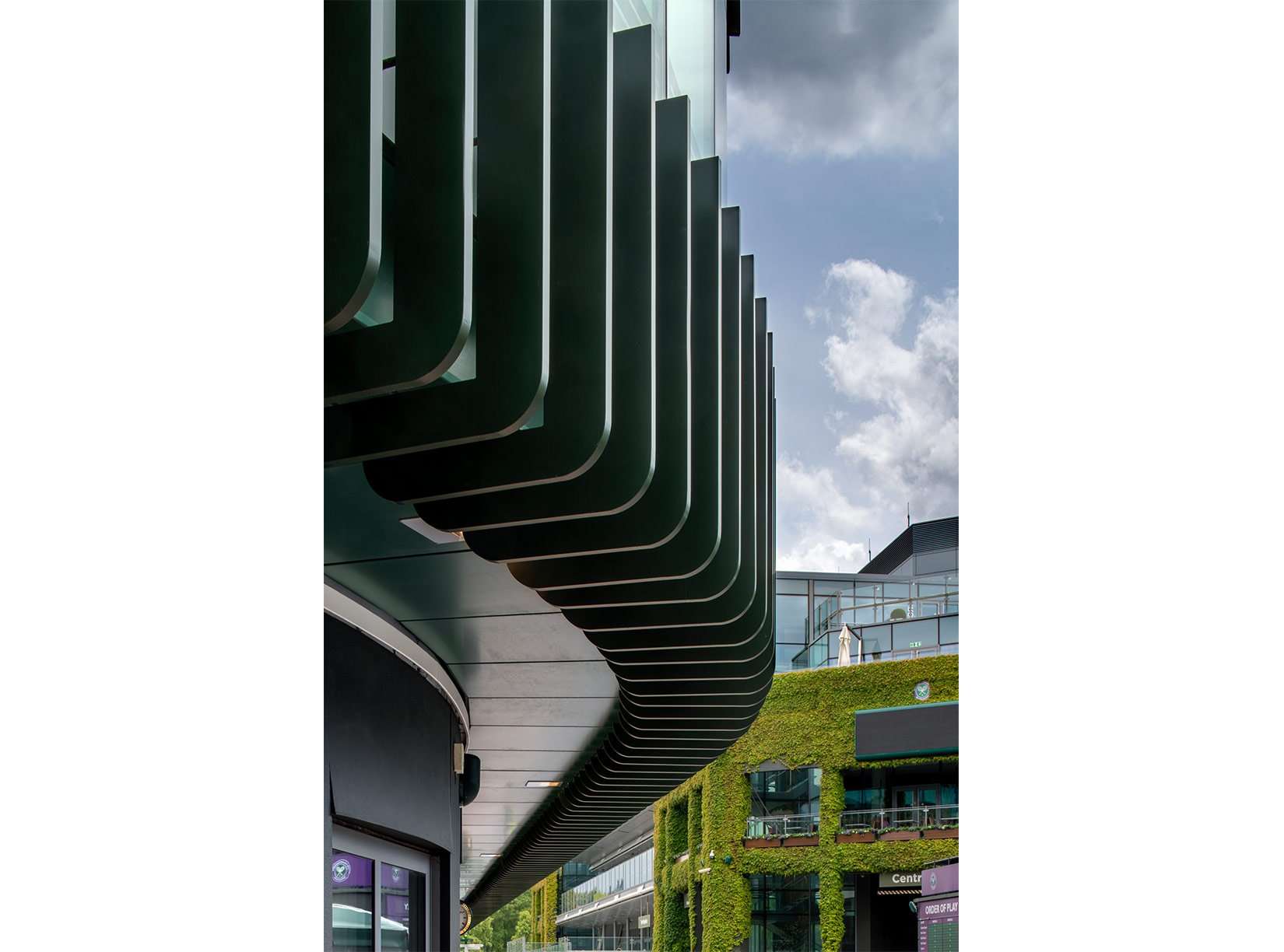 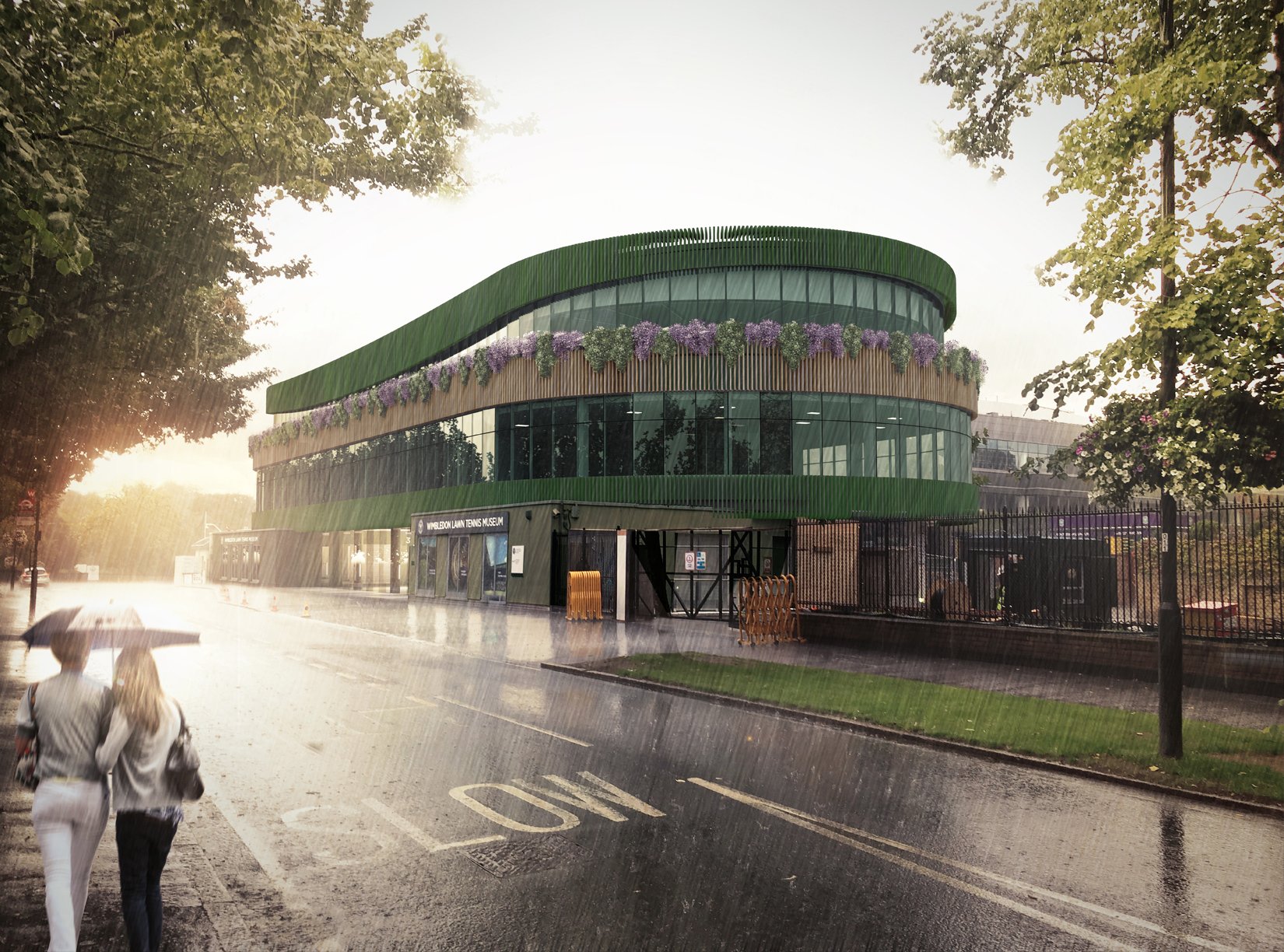 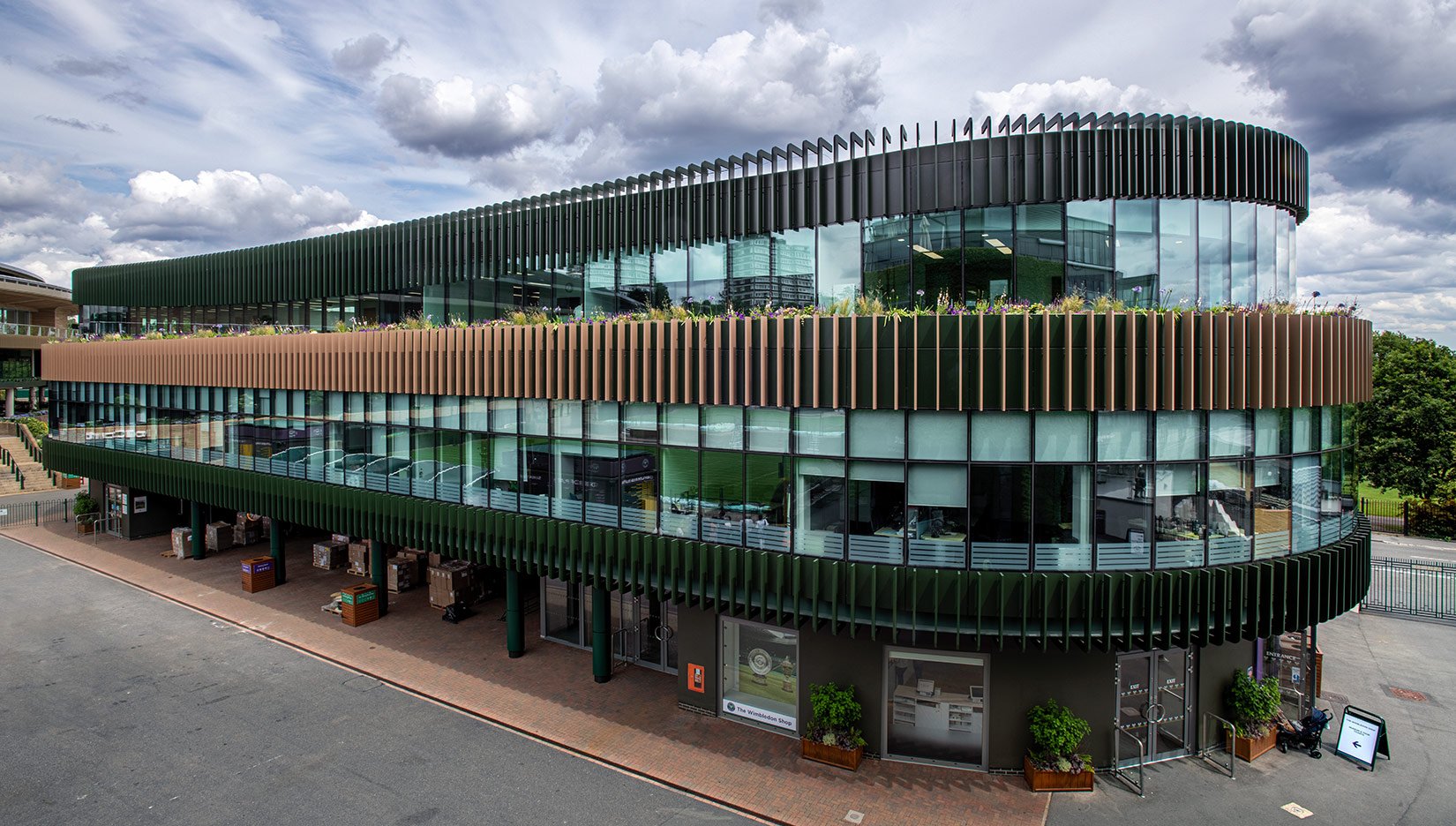 DLA Architecture were invited by The All England Lawn Tennis Ground PLC to design a scheme using an architectural language that combines heritage and excellence with modernity and functionality, and be able to deliver an improved but still recognisable “quintessentially Wimbledon” building.

The completed scheme elevates the entire Museum Building harmonising with its context and includes an extension and refurbishment creating centrally located social staff areas with 360° panoramic views from the office spaces to connect staff with the place and add a unique and dynamic aspect to the working environment.

The exterior consists of a glazed, set-back rooftop extension which is clad with a series of ‘fins’ in an elegant catenary curve derived from the profile of a singles tennis net.

The addition of fins merges the extension into the existing building, unifying the design language and building on the architectural language already present within The Grounds. When viewed from inside The Grounds, the Wimbledon green settles the building modestly into the natural backdrop of the Wimbledon Park trees to achieve a building that is modest and understated while wearing the brand identity. This quality creates a sensitive design that enhances the appearance of the adjacent Metropolitan Open Land.

The subtle curve in the collection of fins at roof level reflects both the dynamism and elegance of tennis and the Wimbledon brand. The top curve of the roof fins imitates the drape of a singles tennis net and the lower curve acknowledges the path of the sun to limit glare inside when the sun is at its lowest in the east and west, as well as to limit reflections off the glass to players on Courts 14-17.