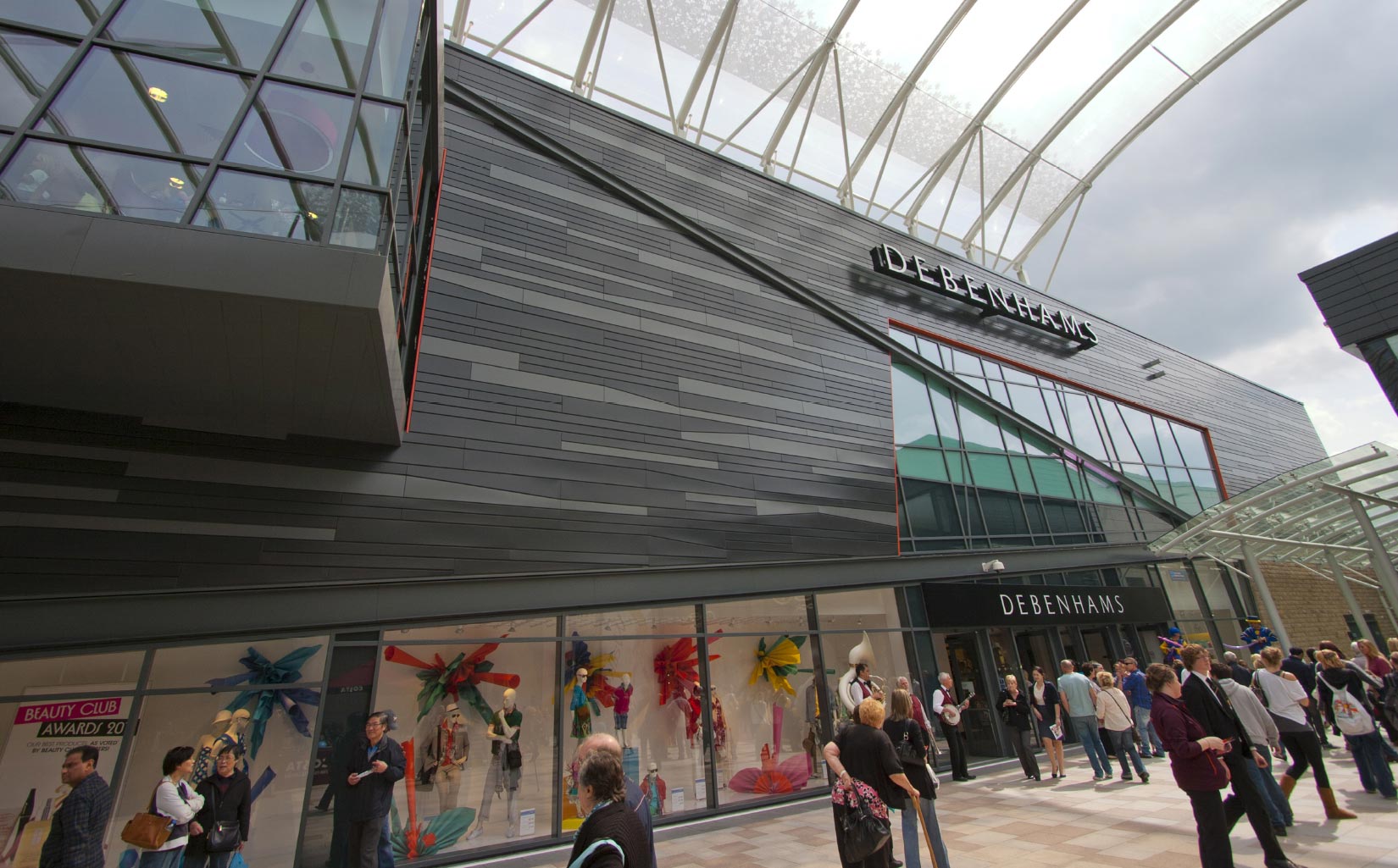 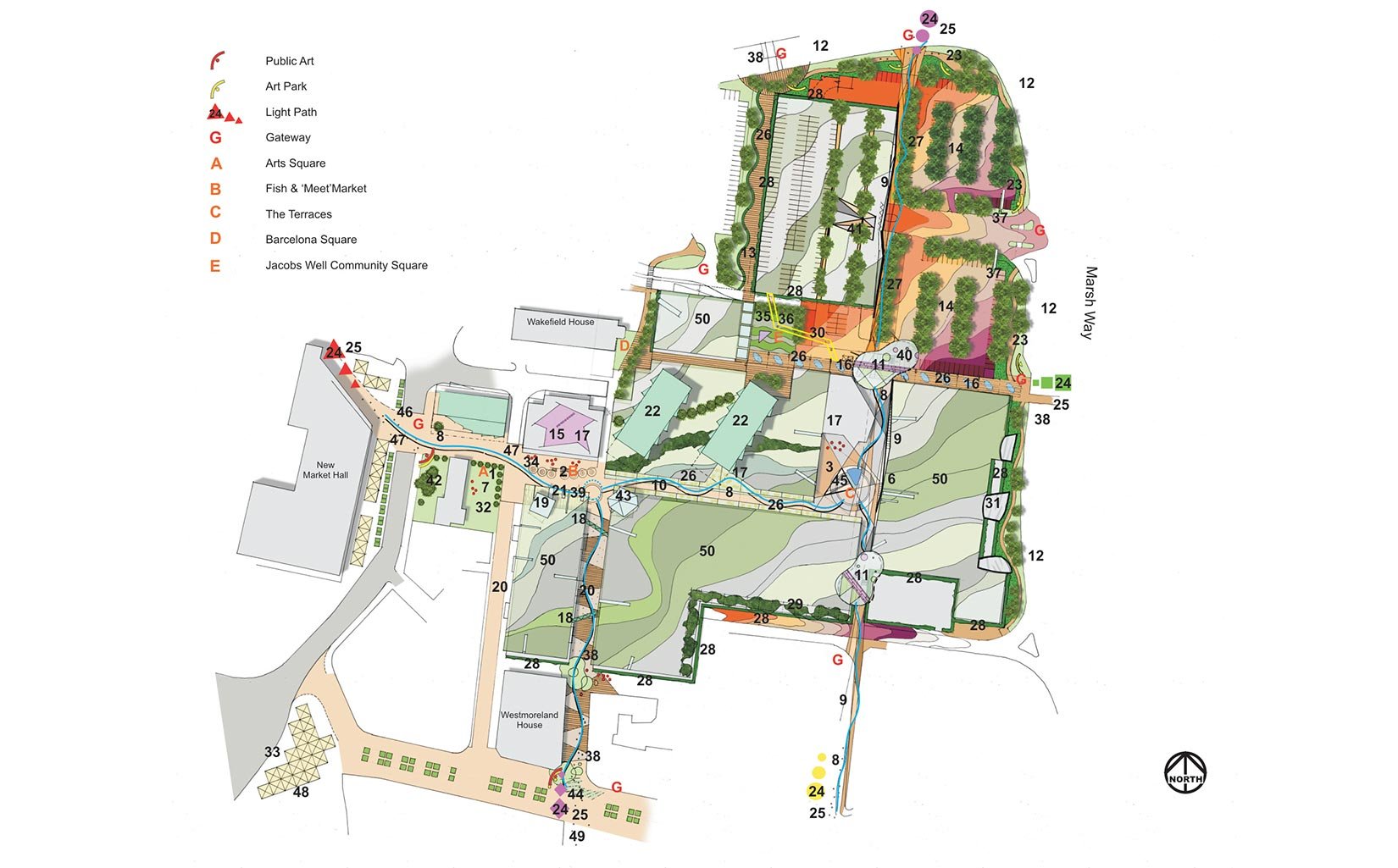 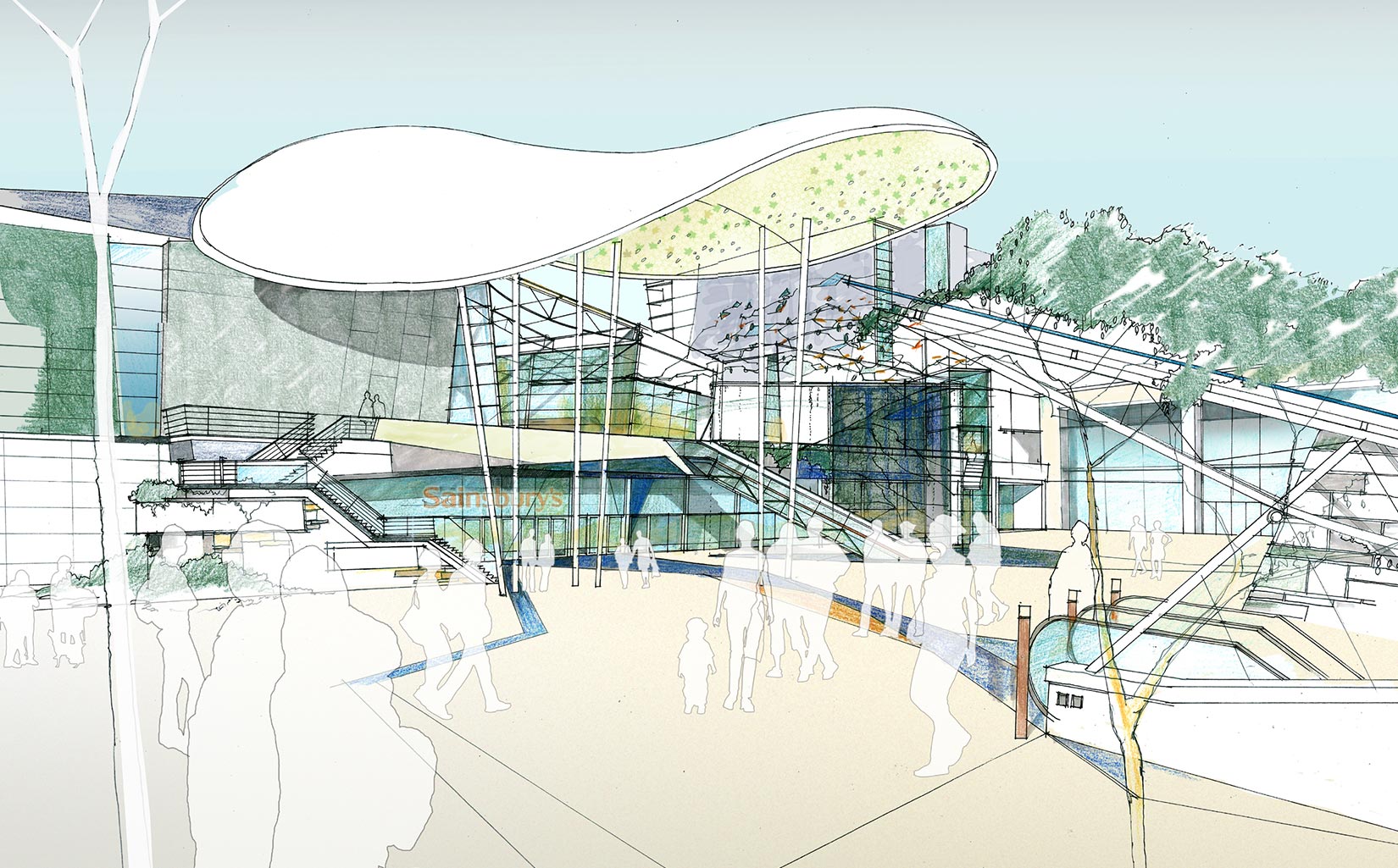 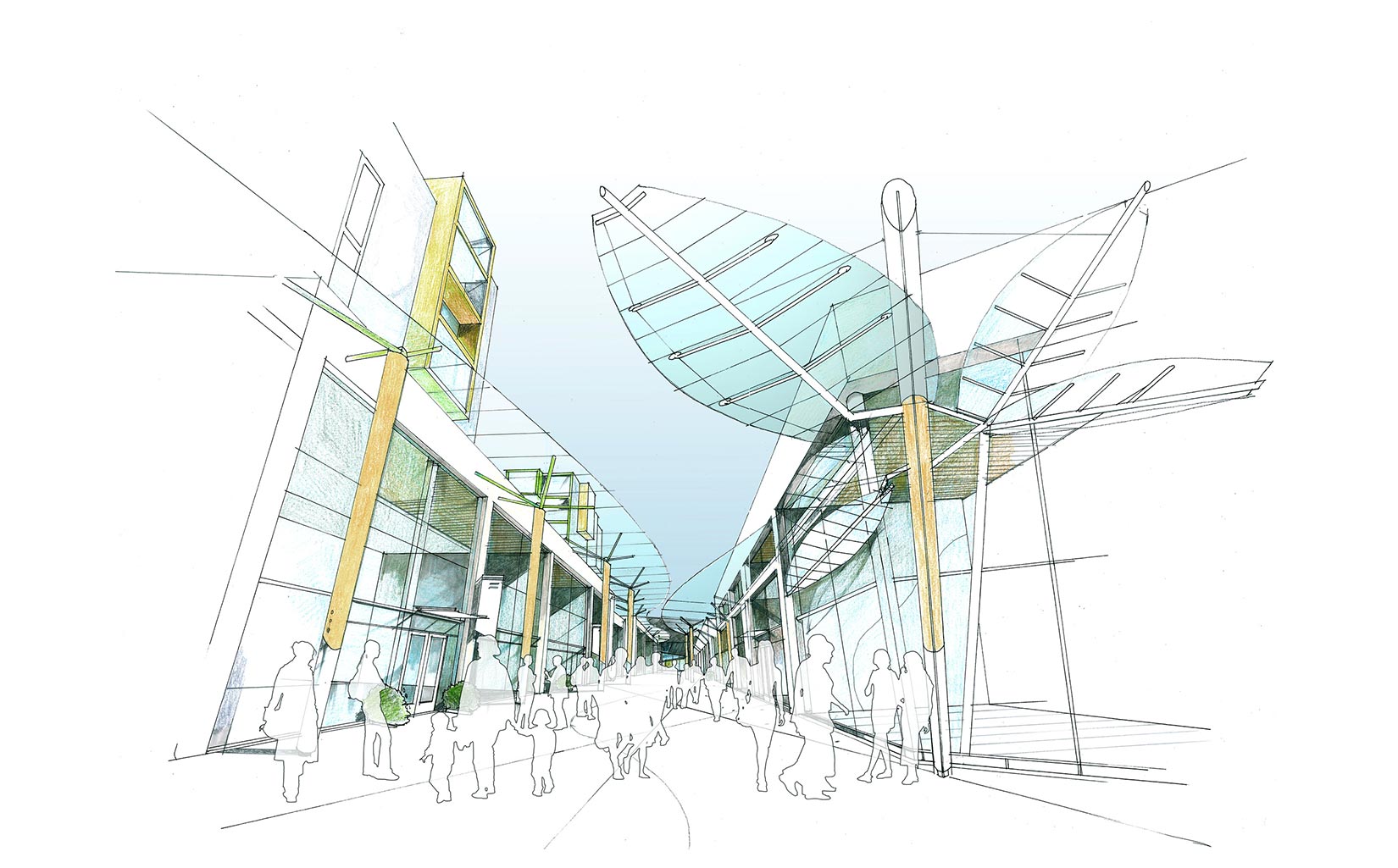 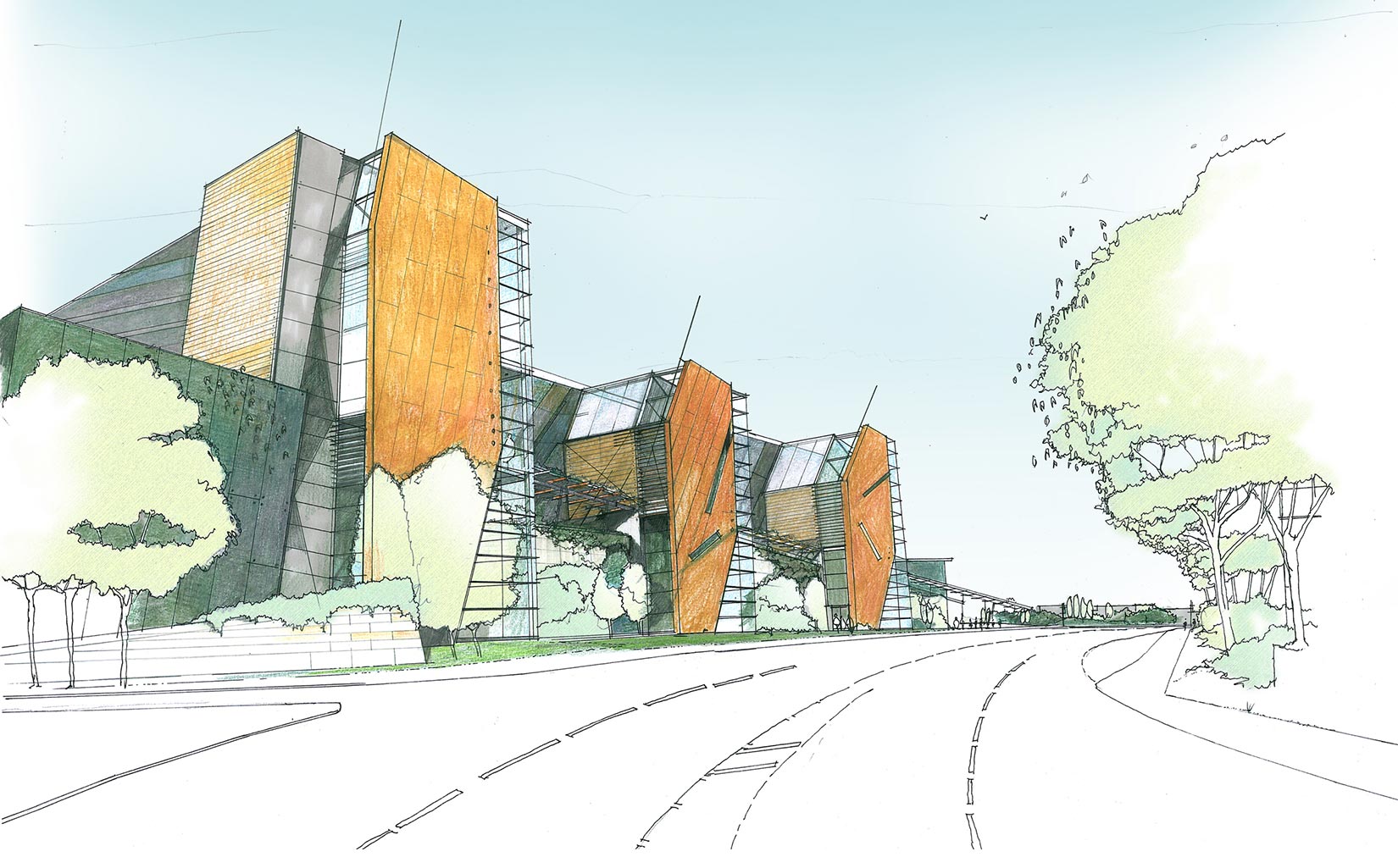 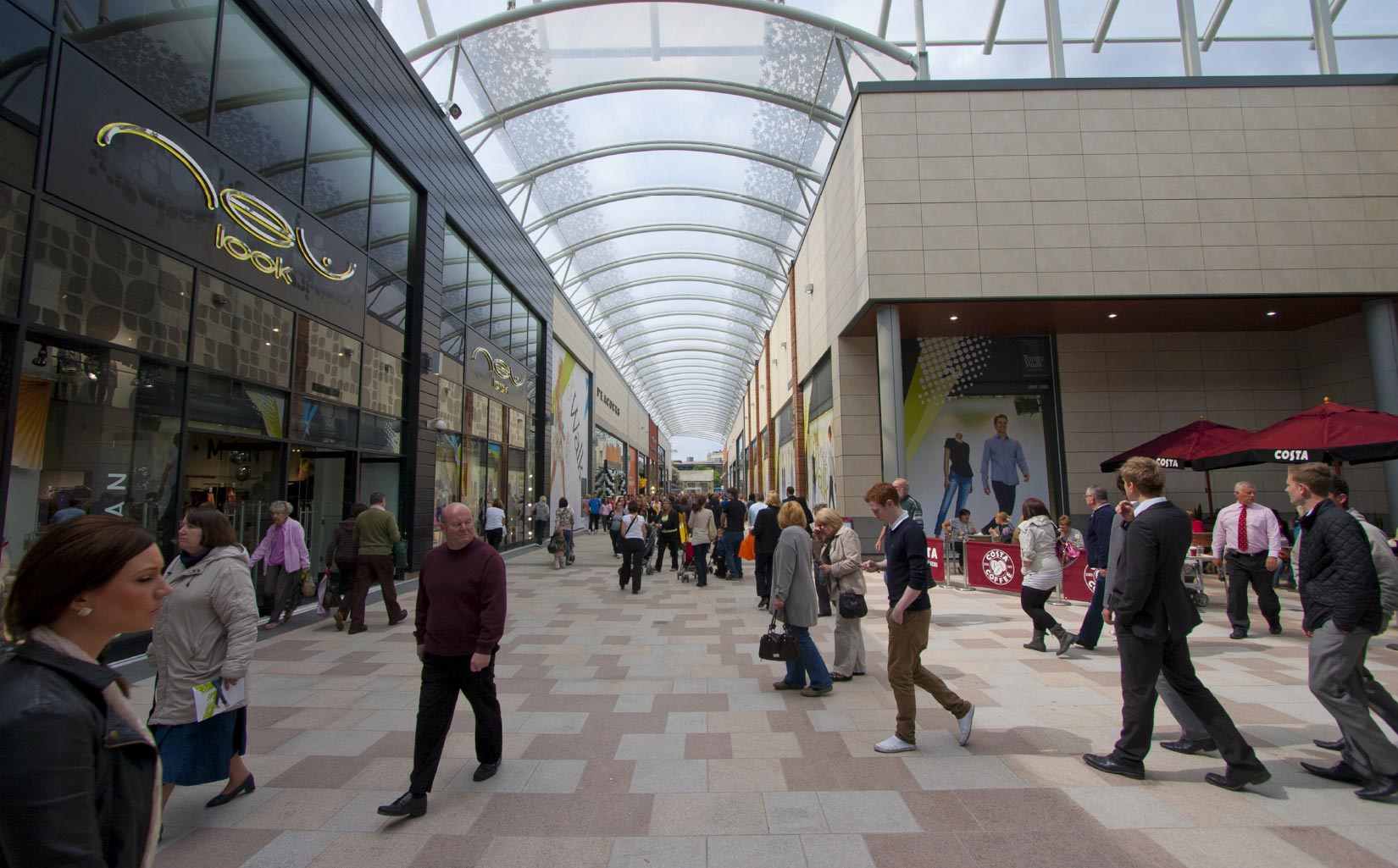 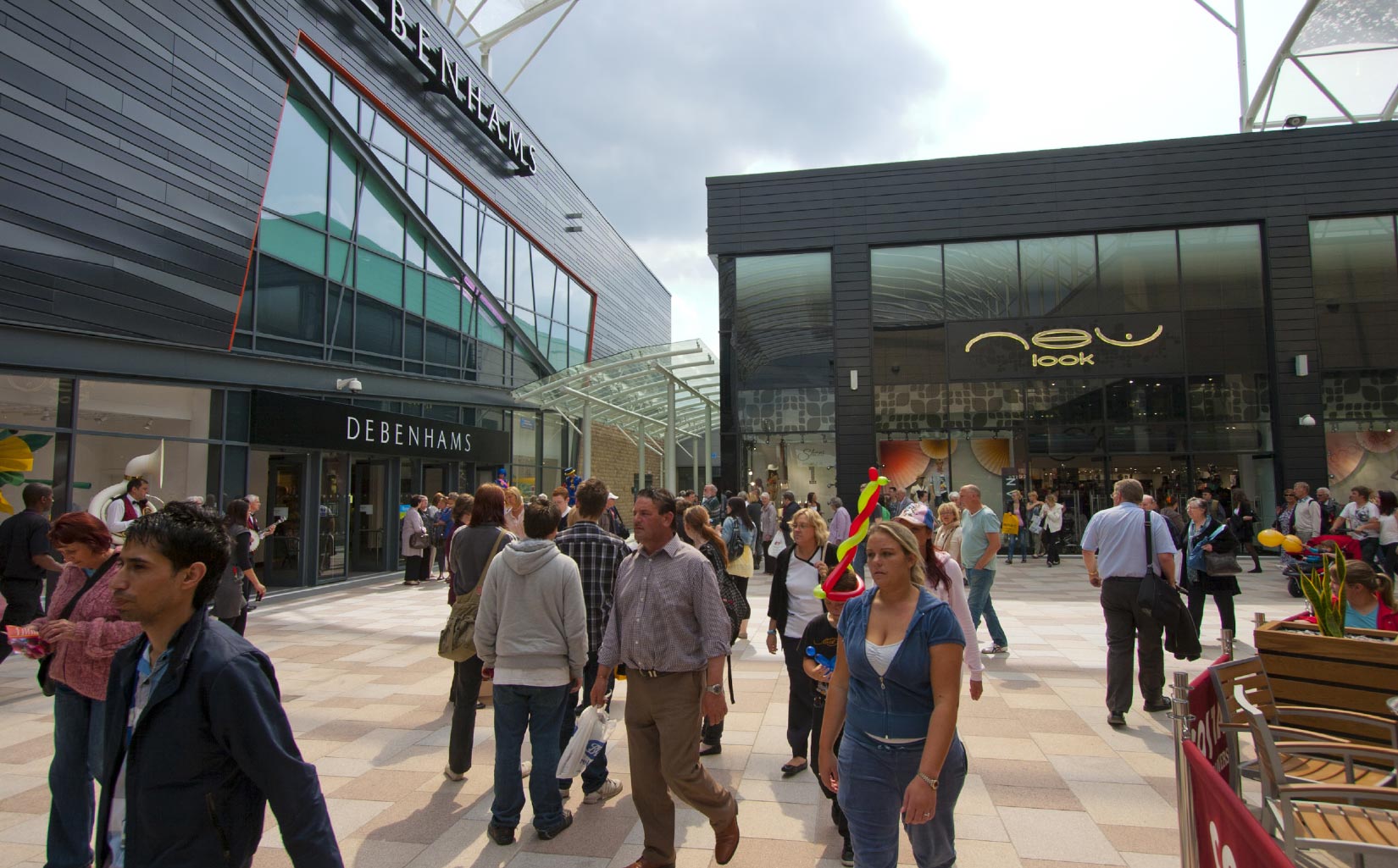 Trinity Walk is a £100 million retail quarter in the centre of Wakefield on an 11Ha brown-field site. The site was first identified as one of four transformational city projects in the Wakefield Renaissance Charter, developed by Koetter Kim. The project has regenerated the town centre with a new high quality retail offer and new public realm.

The masterplan set out to resolve existing severance issues associated with the Marsh Way dual carriageway, implemented in the late 1960’s. The scheme entailed the reinstatement of the historic late Victorian street pattern and effectively reconnects the proposed scheme to the adjoining residential suburbs.

The development of an urban strategy was supported by a local public arts company, BEAM, with whom we initiated an innovative ‘creative scoping’ exercise, with contributions from the urban artists; Denna Jones, Gordon Young and Anna Sandberg. The resulting document, ‘Suppose – A Sketchbook Of Creative Intent’, was submitted as part of the Planning Application.