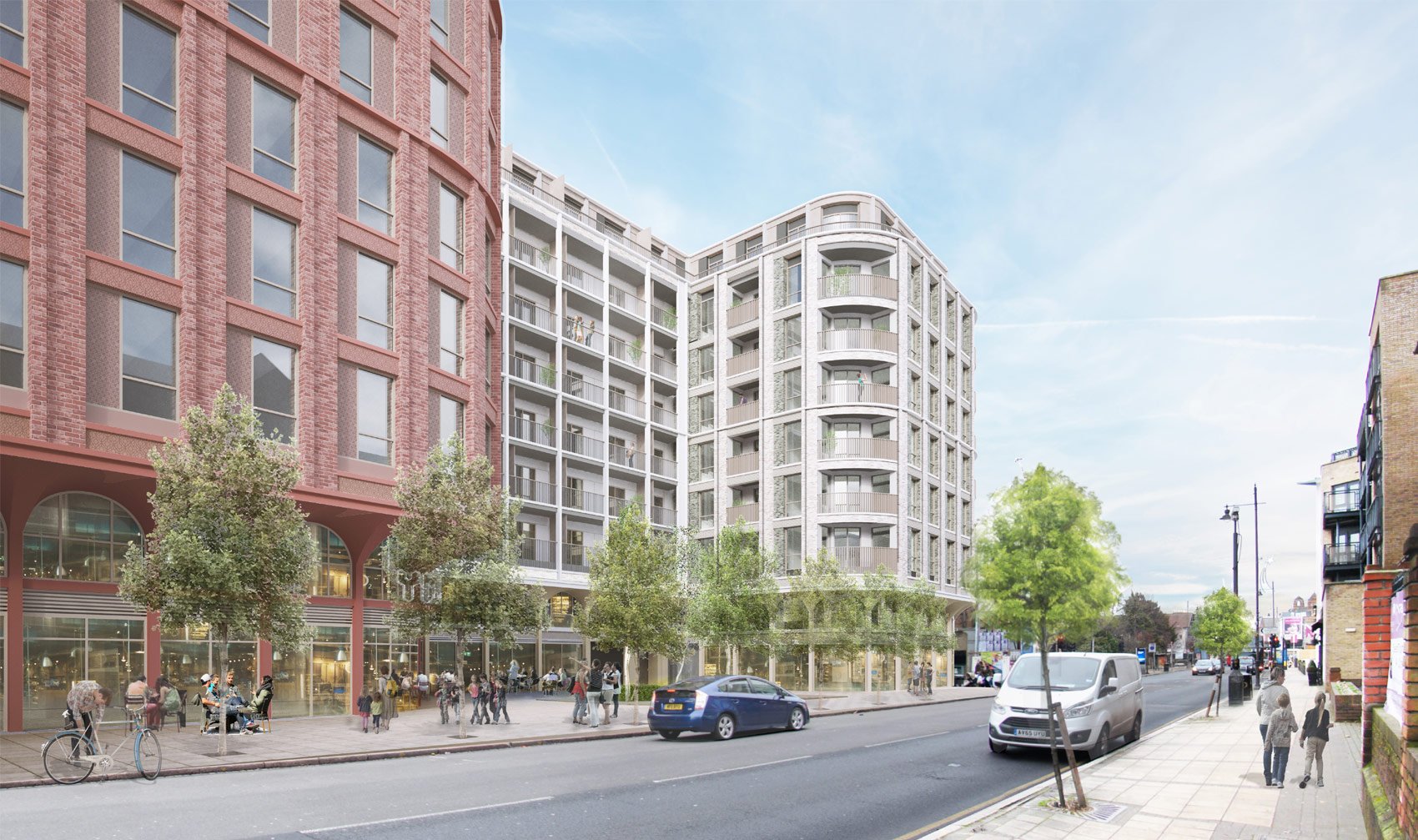 View looking towards east of The Broadway


View looking towards west of The Broadway 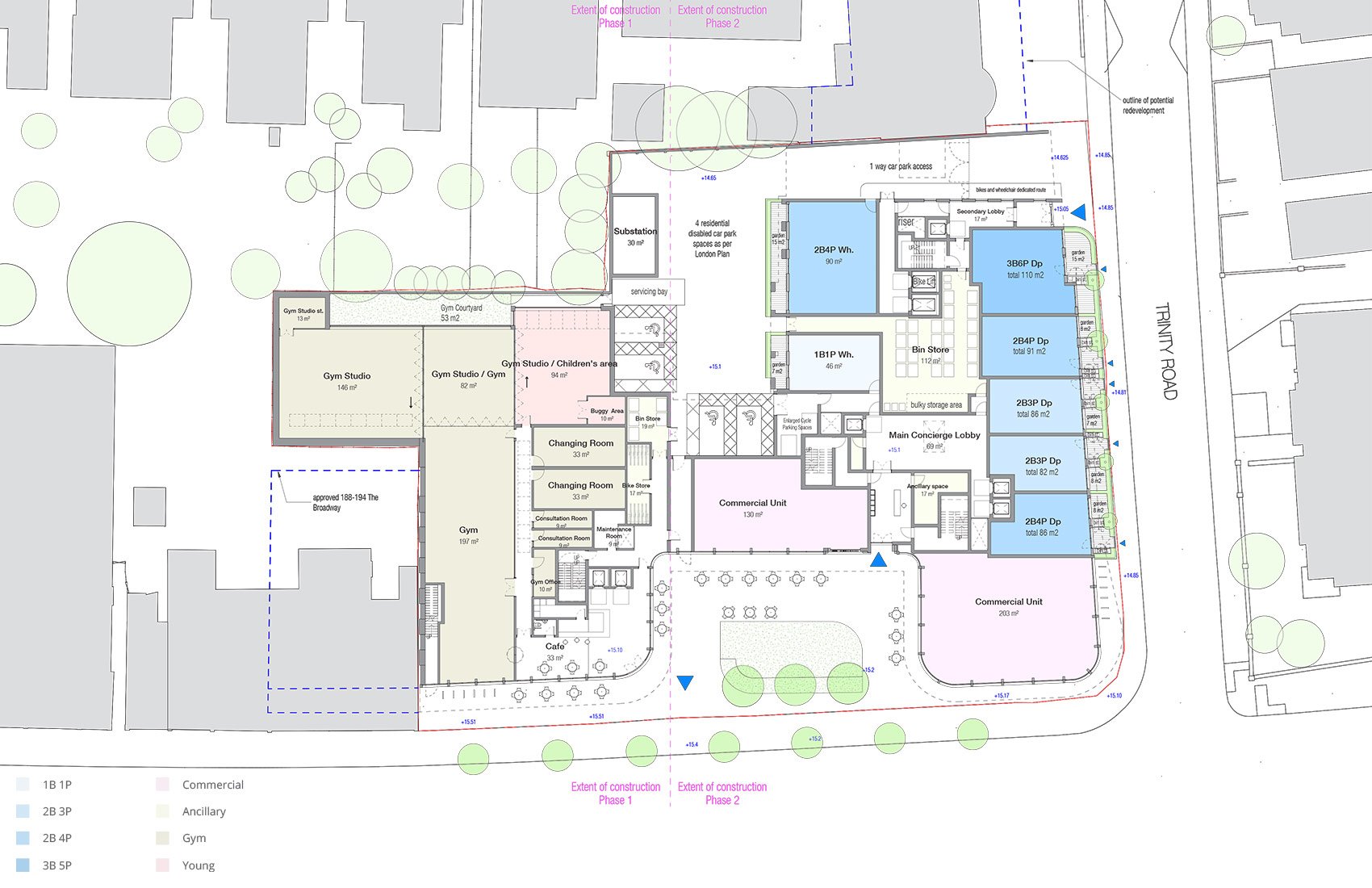 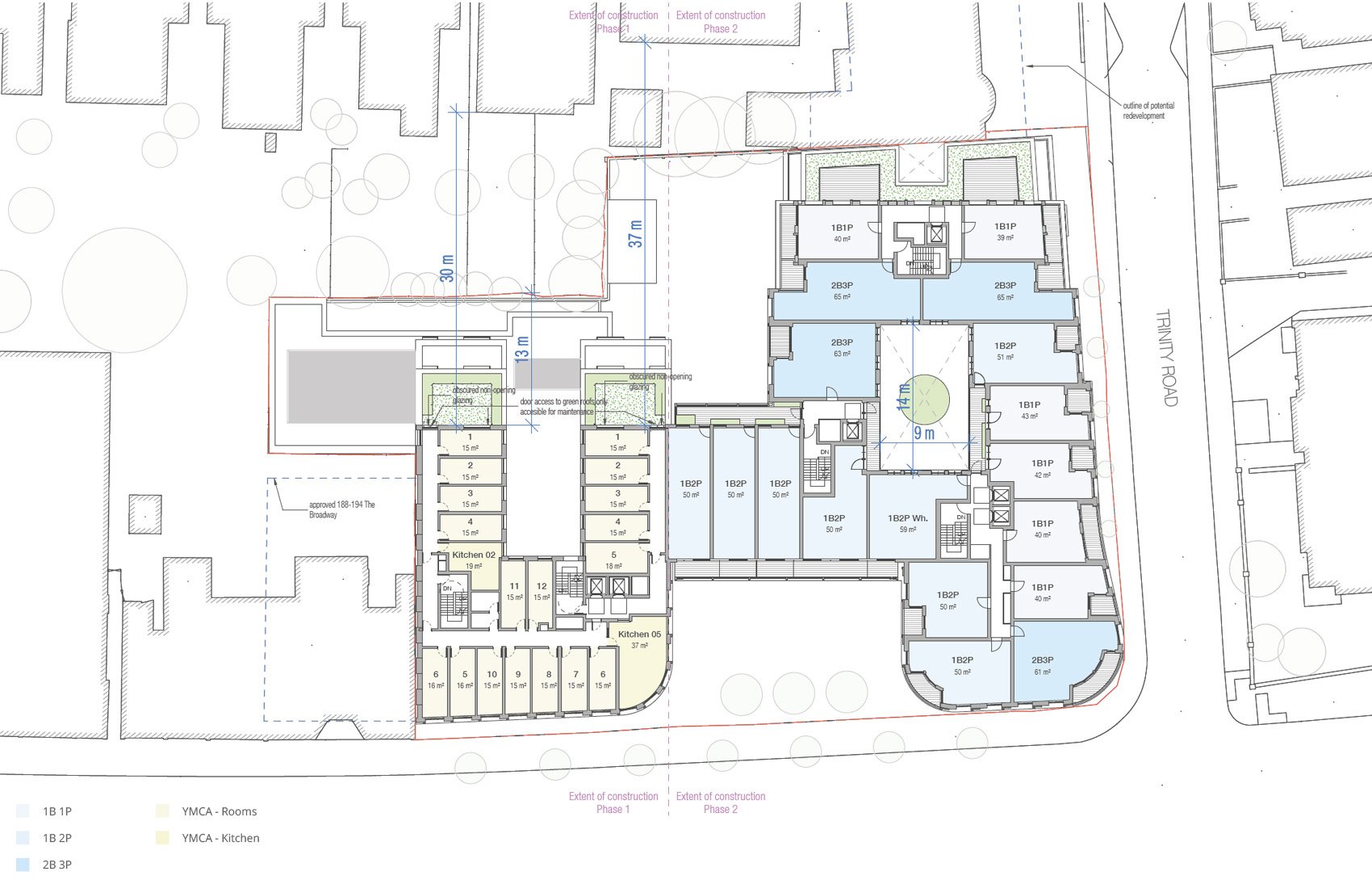 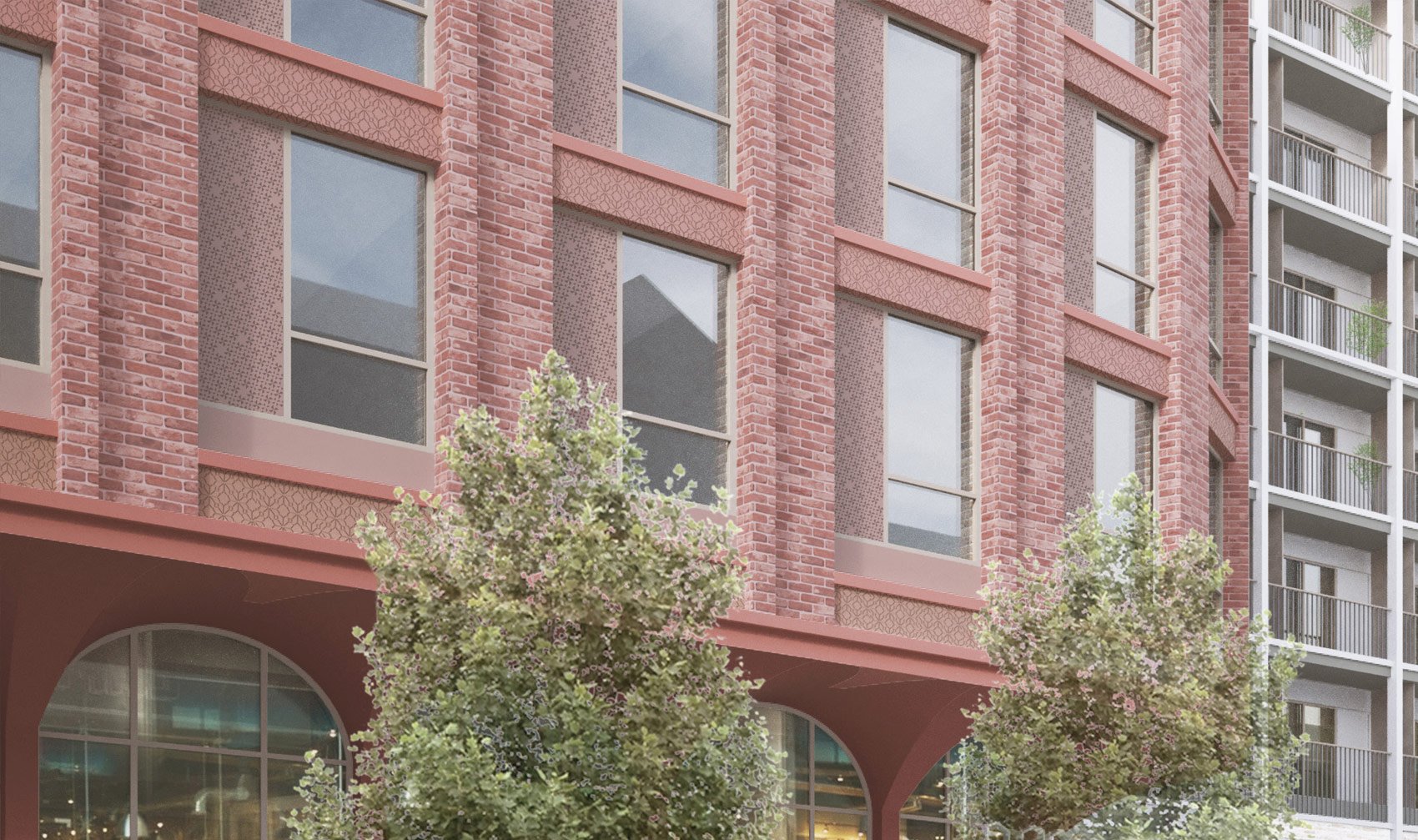 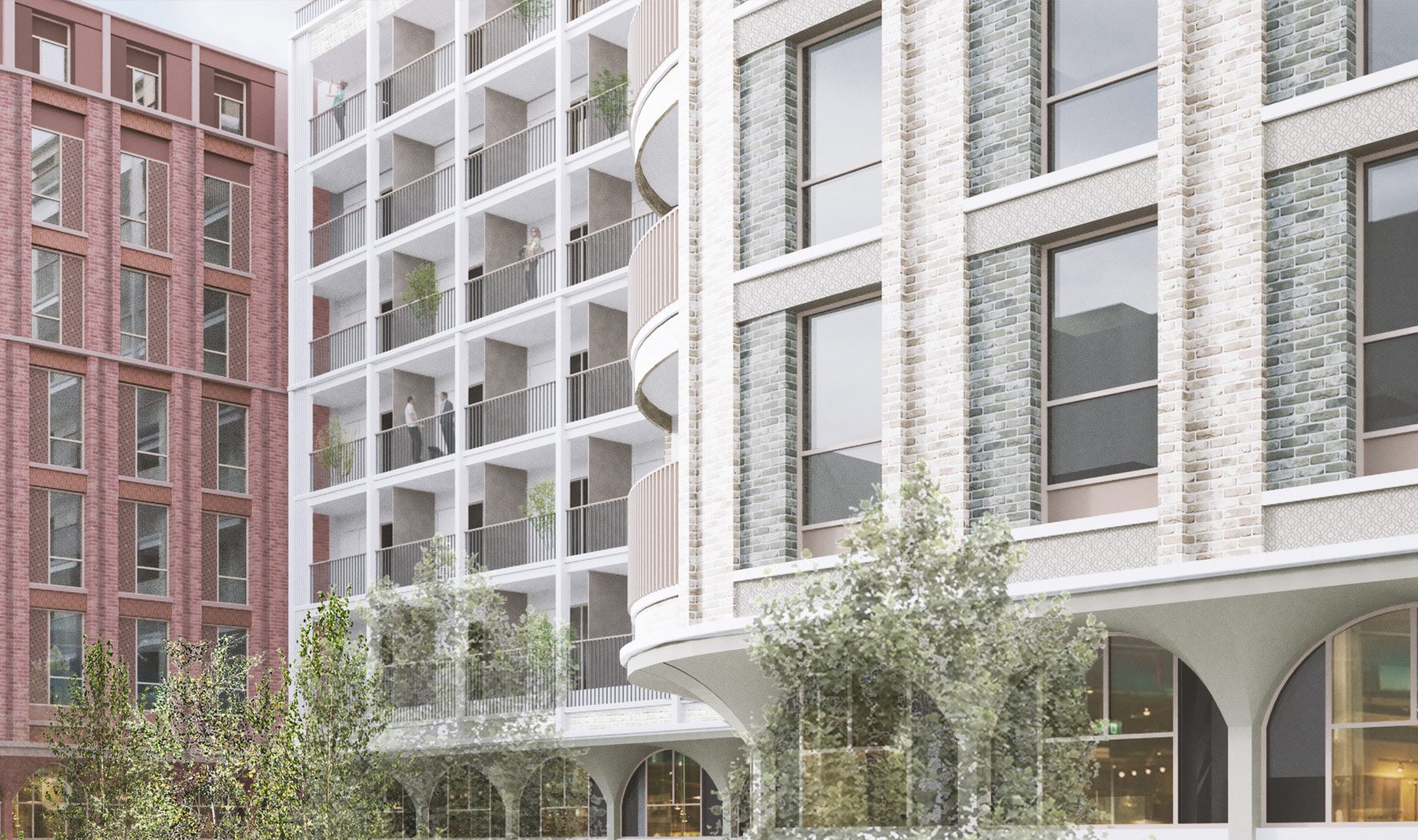 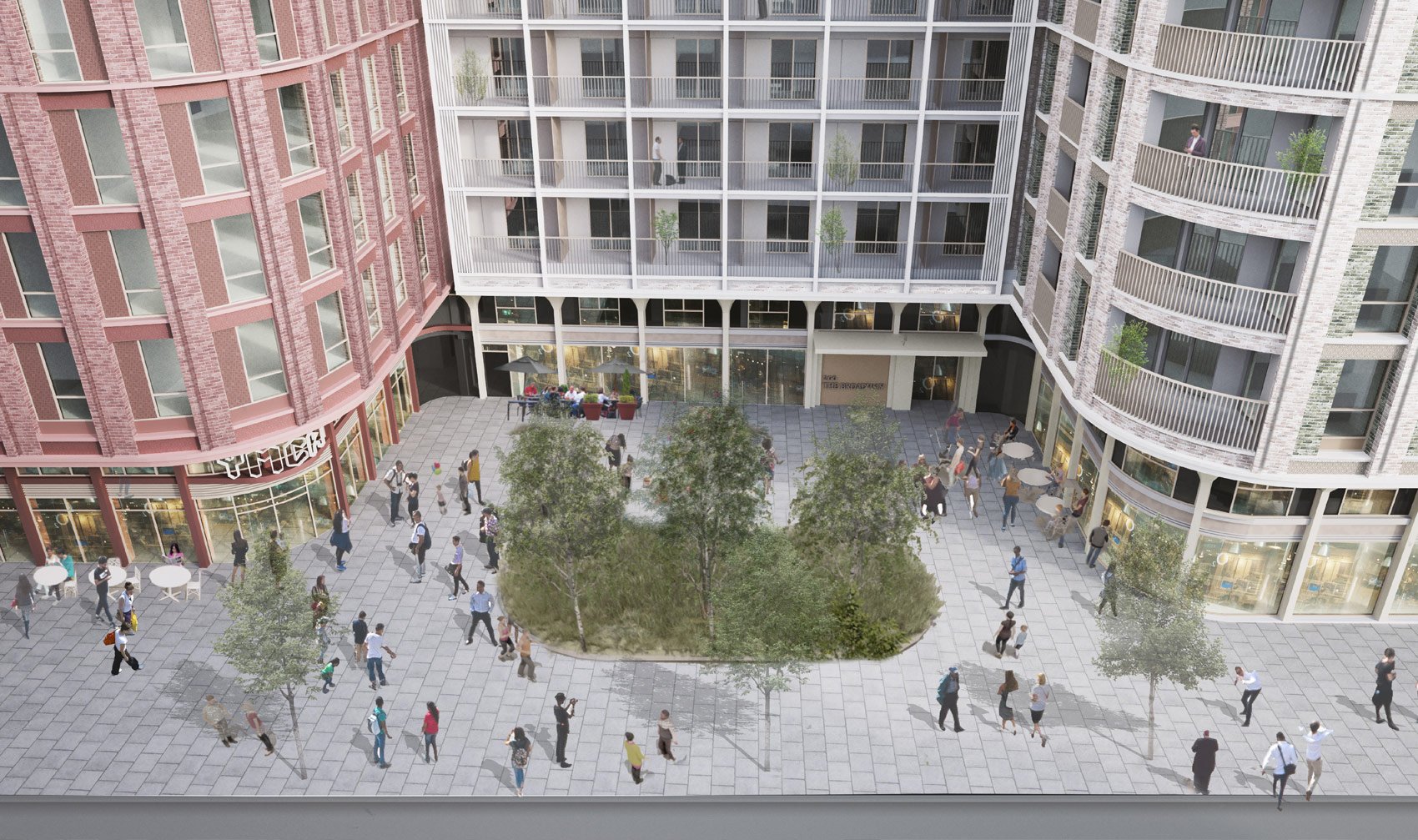 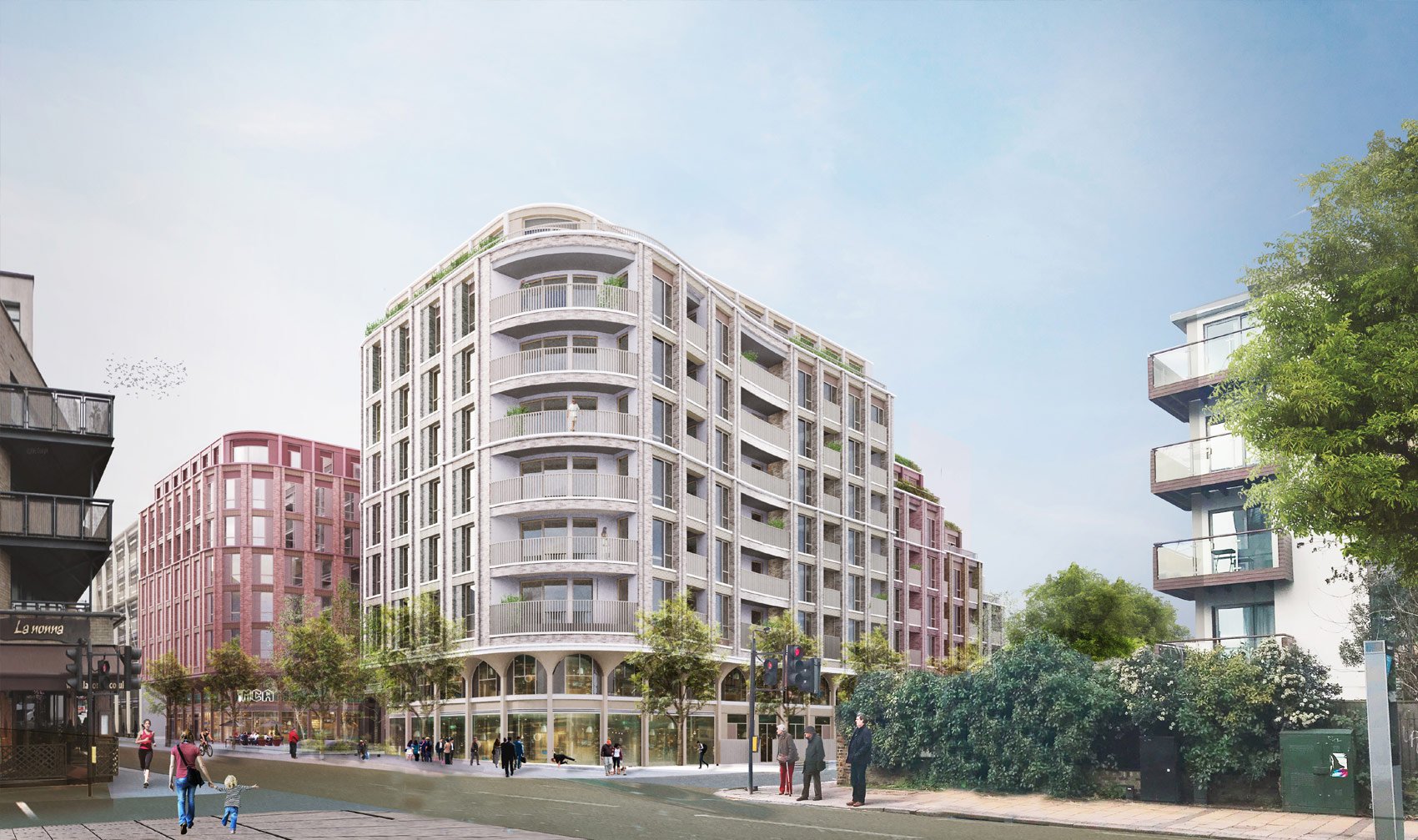 DLA are delighted to announce that we have received planning approval with conditions for a mixed use development in Wimbledon for a 121 room YMCA hostel, 135 new homes with ground floor retail spaces. There are a large number of character areas within Wimbledon and the site lies next to 2 main character areas, The Broadway and South Park. The main challenge of the site is to respond to the existing rhythm and height of the mid-rise context of the immediate Broadway but creating a smooth transition with the low-rise urban grain of South Park Road.
The proposal sees a family of connected buildings that through different heights, plots widths, set-backs and curve corners, addresses the site’s complexities.

The massing facing The Broadway is broken into 3 different elements following the rhythm of The Broadway. The middle block sets back to create a generous, south-facing sunny square on the Broadway, open to all and activated by the uses around it. The massing facing Trinity Road is a series of 4 blocks clearly articulated, dropping in their height and reducing their plot widths to meet the much smaller urban grain of South Park Road. To the back the massing is further broken into different elements to minimise the impact on South Park Road properties and gardens. The distances with South Park properties have been carefully considered.

To maximise the site’s potential, the massing has been aligned with the neighbouring properties. A large courtyard in the centre of the residential block has been created to improve the quality of the approach to the dwellings and increasing the number of dual aspect apartments. This courtyard will create a sense of community for the residents.

On the ground floor of The Broadway, frontages will be fully activated by commercial units and the YMCA gym, lobby and cafe. The Trinity Road frontage will have duplex residential units as this is the character of Trinity Road.

The ground and first floors are set-back in order to break the massing but also to increase the public realm and create a welcoming overhang for pedestrians.

The proposals aim to connect the Broadway shopping parades either side of our site. Inspiration was taken from the vertical rhythm and character of the surrounding shopping parades as well as organic shapes present in nature to soften the overhang soffit creating a light colonnade.

The design team collaborated with a local artist who designed the patterns in the horizontal elements and perforated panels in the YMCA rooms to link our proposal with the history of Wimbledon and the YMCA as well as to add texture and richness to the overall appearance of the proposal as in other historical buildings in Wimbledon.